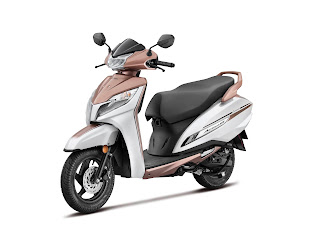 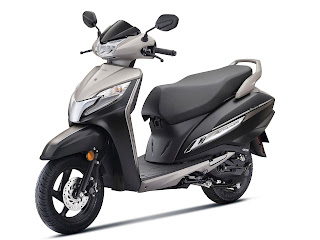 Speaking on the occasion, Mr Atsushi Ogata, Managing Director, President & CEO, Honda Motorcycle & Scooter India Pvt. Ltd. said, “Ever since its launch, brand Activa has been a true beacon of change. Historically, with each new addition to the Activa family, Honda has continued its leadership in terms of product quality as well as reliability. The new Activa125 Premium Edition is set to excite customers with its premium appeal.”

Introducing the new Activa125 Premium Edition, Mr. Yadvinder Singh Guleria, Director – Sales & Marketing, Honda Motorcycle & Scooter India Pvt. Ltd. said, “As a true companion for millions of Indians, Activa has catered to the diverse needs of 2Wheeler customers across the country. With the launch of Activa125 Premium Edition, we are bringing an elegant and premium style complemented by distinctive design cues and colour schemes.”

Further amplifying the irresistible style and elegant looks of Activa125 Premium Edition are its dual-tone body colour extending from the front covers along with the side panels. Turning heads on the street for its new avatar, the premium edition comes with a black engine along with a black front suspension. The aesthetically designed LED Headlamp not only accentuates the dual-tone colour but also lends a sleek & bold statement to the legendary scooter. Further stylizing the scooter with body-coloured grab rail and premium graphics combined with the stylish tail lamp having Activa125 embossing gives the scooter an elegant rear stance. 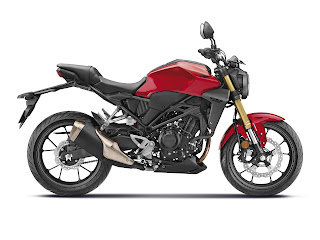 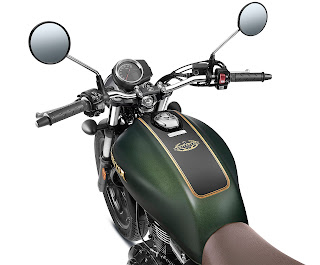 Speaking on the occasion, Mr Yadvinder Singh Guleria, Director – Sales & Marketing, Honda Motorcycle & Scooter India Pvt. Ltd. said, “CB300R has delivered on its promise as a naked street sports bike, laden with best features in its segment and head-turning road presence. The new CB300R BSVI will be coming soon in 2022 with its revitalized energy. Taking forward our CB legacy, the new H’ness CB350 was globally unveiled in India last year. At IBW, it is the debut appearance of H’ness and we are glad to see the amazing welcome from the riding community. Today, we celebrate this tremendous response by thanking our customers and announcing the launch of H’ness Anniversary Edition which will inject new excitement among H’ness enthusiasts.”

A distinctive match of sophisticated engineering and premium aesthetics, the lightweight Inverted Front Forks offer utmost precision while further accentuating the universal value of the sports bike for city roads.

The minimalistic instrument panel displays a plethora of advanced informatics along with new additional features - Gear Position and Side Stand Indicator with Engine Inhibitor. Positioned perfectly, a fully digitalized liquid crystal meter allows for a quick glance down at the information – night or day. The new CB300R BSVI will be offered in two premium colours - Matte Steel Black & Pearl Spartan Red.

Celebrating its first year of joy and excitement, the majestic looks of the anniversary edition are enhanced with golden themed emblems incorporated on the tank & side panel.

The Anniversary Edition logo sits atop the tank in a pin-striped fashion further substantiating the rider’s pride of ownership. Accentuating the overall theme is its Brown Colored Dual Seat for added comfort to both rider and pillion while its Chrome side-stand enhances the premium appeal of the motorcycle.

Beat the boredom with Solitaire and other games

How do you beat the boredom?
Usually, people have different ways to beat boredom. This includes but is not limited to:
1. Watching the television
2. Playing sports
3. Going out / Travel
4. Pursuing a hobby
5. Watching OTT content on the smartphone or tablet to name a few.
If you ask me as to what I do, I would say that I use to follow all the above pointers at various phases of my life. As a kid, I use to watch my favourite cartoons on television. When I started growing up, I use to watch soap/tele series. I also use to travel to various places apart from playing sports - both indoors and outdoor.
I also have multiple hobbies which include collecting posters, stamps(philately), collecting coins and notes(numismatics), watches, pens, autographs, trump cards, scale model cars to name a few.
Why did I pursue a hobby?
A hobby isn't an expensive affair unless you decided to spend on it. It helps you in meeting like-minded people and also helps you in getting to know about the subject in a deeper way.
These days, I do a couple of things.
a. Watching content on OTT on my smartphone
b. Playing my favourite game Solitaire and other games for Free.
While there is a subscription model for the OTT platforms which I use which includes Amazon Prime Video, ZEE5, Disney Hotstar, the games I play, is or FREE. Yes, you heard it right. I play my favourite game on Solitaire site. It is a simple HTML based site that does not use high-end graphics which makes it accessible from any gadget including a laptop with a basic configuration.
Who wouldn't have played Solitaire as a kid? It is an overwhelming game that I am sure must have been played by each and every one of us. I don't have to mention much about the game since we all know the basics and even if you are not aware of how to play, there is a detailed description of the game on the site. Follow the steps, start playing and enjoy the game.
I do not want to end it here since I also liked a couple of games personally on the site.
a. The Palace Hotel in the Hidden Objects game section and
b. Letter Scramble in thee Word game
Now let us see as to how to play The Palace Hotel game in brief: 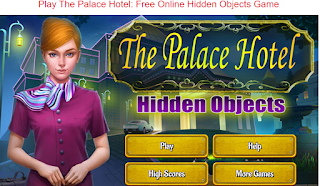 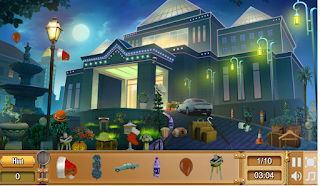 This game has multiple levels. It has a scene of the portico of a hotel with a lot of properties scattered around. We need to match the ones with the given set on the bottom - along with the timer/score tab. If you guess it incorrectly, you will lose 5 seconds from the timer. Pick the right ones to finish the level and move on to the next. There is a music background. You also have the option to turn it off, if you want to play without the music.
Benefits of the game:
1. Increase in concentration
2. With the increase in concentration comes betterment of remembering things

Letter Scramble is the next game I wanted to discuss: 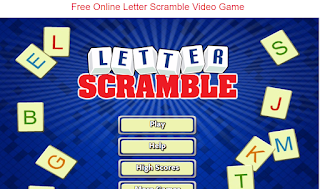 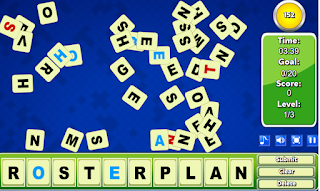 As you could see, there are a lot of scrambled letters. You have to form a word using them. This game has 3 levels and the word count progresses with each level starting from 20, moving on to 30 and ending with 40 words. You can mute the music if you do not want to play it in the background.
Benefits of playing this game:
1. Get to know more words
2. Increase in vocabulary
3. Spend the time usefully.
You do not need a Credit Card to play these engaging games. What are you waiting for?
Subscribe to: Posts (Atom)