This is my first post on my blog and I am really glad to write about the one and only SuperStar - Rajnikanth. His name needs no introduction. He is a Brand and an Icon by himself and movies sell like hot-cakes which features him. As a kid, I have watched many movies of Superstar but I always had a special liking to his Baadshah since he has donned the role of a Don.

Many fans just like me had always wanted Superstar to perform another role just like Baadshah and there came Kabali. As per the information circulated in Social Media, this story revolves around the movie of a person named Kabali who has gone from Tamilnadu to Malaysia for work and has fought against the others who were oppressing the people(labourers) in rubber farm. Let us not go deep into it since the movie is set to release in few days from now.

Yes. The movie is set to release on July 22nd and what I heard is most of the theatres which has opened the advance booking has seen tickets being sold out within few minutes for almost a week. Lot of Corporate Houses, Start-Ups has bought the tickets in bulk for their employees and customers. Kalaipuli V Thanu who has produced this under the banner V-Creations has a firm belief that Kabali's over all collection would cross Rs.500 Crores and this is no small amount.

The brand has been tied up with various other brands for Promotion. Buzz is that few Star Hotels in Bengaluru is planning to do special screening accommodating up to 300 people at a time with 4 shows a day for 3 days with each tickets priced at Rs.1,500, Calculate the amount yourself...

The first one to hit the news with regards to Kabali Promotion was Air Asia. The airlines announced a Special Kabali Flight from Bengaluru to Chennai cost of Rs 7,860 inclusive of round trip tickets, movie tickets, audio CD, lunch, snacks, local fares in the city from Airport to theatre and return. 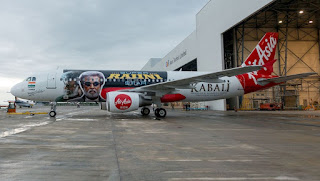 Catching up on this trend next was Airtel which would offer Special Recharge Pack with Unlimited 2g Internet Data, Hello Tunes and a "Kabali" branded SIM pack and customers would also get a chance to greet Superstar directly through an SMS which would be compiled and presented to him as a Coffee Table Book.

The next major brand to join this fray is Muthoot Fincorp. They have launched Special Kabali Silver Coins which would be available exclusively on their showrooms in the denomination of 5,10 and 20 grams priced at Rs.350, Rs.700 and Rs.1,400 respectively. 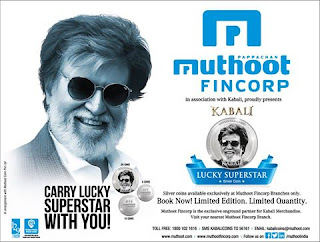 Just when I was writing this blog post, I got a mail from Ola which has also announced it's own campaign. The Pic says enough about the campaign. 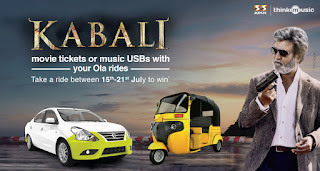 I have also witnessed lot of other brands announcing contests for FREE Kabali Tickets which includes The Hindu, Nippon Paints, AGS Cinemas, ThePaperRoast among the few signalling that Kabali fever has captured the entire Nation.

Among all, I was an active participant in Five Star Promotions for the Movie. The event was held last Sun(17/7/16) in Express Avenue Mall where I was invited to be a part of the Promotions. An icing to the cake was when I met the Emcee Mirchi Vijay who I knew on Twitter for sometime and he was equally glad when he met me. This welcomed all and now I am also eager to see whether I am featured in their commercials :-) 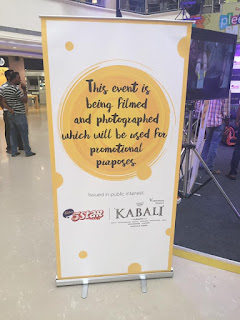 I was awestruck when I saw this gigantic greeting card which had best wishes for the Superstar from thousand's of fans. 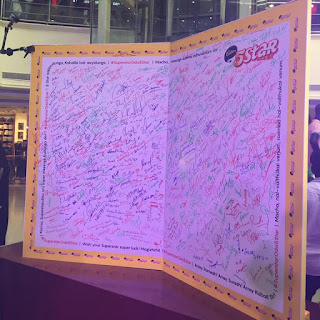 I also had the chance to watch the exclusive "Kabali" making footage which ran for 20 seconds and as soon as I came out, I got an opportunity to sit on the couch and get clicked the same way as Thalaivar did it in the movie. As you could see the hashtag was #SuperstarOda5Star 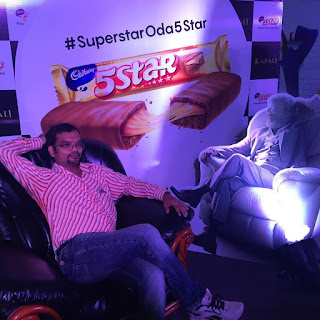 What made me really glad was this.... 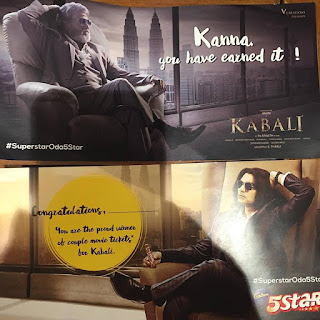 Watch the video that I have attached which would show how the event unfolded...

Just like all the other fans, I am also eagerly waiting for July 22nd :-)

Brands associate with kabali for a fraction of rajni's publicity. But the movie doesn't need any marketing at all!

Wow what a write-up! We all love Rajni and now one of can't wait to watch the movie! Kudos!

wowww....its a very great post. As a fan of super star Rajnikanth, I love this post..Thankyou :)

Wow nice info and well put up !! We all know thalaivars name is inscribed in hrt of millions and his movies merely needs any publicity !! Waiting for the BIG day !! And what a kabali pose ☆☆☆☆☆ NERUPUDAAAA ☆☆☆☆☆

everyone is trying to cash in on Kabali

#KABALI ROCKS with your blog 😀

All the best for ur new blog!! Exciting post to start with..

Thalaivar Massuuu... Sarath Babu Classu... Nice blog ... good opening with a blog about superstar. Like his fame let this website of yours also sky rocket... All the very best Dude

U rock bro.Nice blog.What a kabali pose.. we al are waiting for THALAIVAR's KABALI .