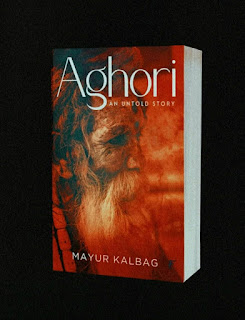 Subraiya Iyer also known as Subbu goes to Kotisurya to meet Aghoris at the behest of his Guru. He Meets Rahasya who accompanies him in his journey and introduces him to Maha Sidheshwar Aghori Baba aka Siddha Baba ji, who commands a good voice and control among the Aghoris.

The very first meeting has an unexpected event. There was a fire that hits the head. Subbu was told that he has to go through a three-step process for the activation to be initiated and complete.

Maha Sidheshwar then hands him over to Naryogi Baba who takes him after completing the second step to another aghori for the final step - Hoodibhang Goonfa.

After the third and the step, they travel to Bhoogampha Goompha(cave).

These steps would make you understand the tedious process which Subbu has to go through but he does it with ease.

The mention of river Dolphins and Shaligram stone sends you goosebumps since these were the part and parcel of the Himalayan region and is pretty much confined to that area.

It is in Kedarnath, Subbu meets Shivaghori Adbhootanand Baba who was believed to be five thousand years old. He said that he practices something called "meditative hibernation".

There was a mention of Jal - Agni Agruti process by Rishi Bruhangnath.

Finally, he meets Bhambole Baba in the  Maharambha cave who hands over Brahma Vatsa Adrushya Shaligram for his guru.

This book is written in the form of an autobiography which makes the narrative easy as the lead character takes us along with him in his journey of search for the sadhus and their lifestyle.

This book brings out the unknown side of the Aghoris. Some of them are scintillating and some, unbelievable.