1
Uncategories Kayaking for a Cause in God's Own Country

Kayaking for a Cause in God's Own Country

India is blessed with numerous rivers. Almost each and every State has it's own waterbody that gives them their identity. From the major non-perennial rivers like Ganga, Brahmaputra, Indus aka Sindhu, Narmada, Godavari, Krishna and Tapi and non perennial rivers like Cauvery, Yamuna, Pamba, Pennar. Mahanadi, Subernarekha , Sabarmati etc which has been the major source for crop production / cultivation along its river banks.

Most of the civilizations across the globe has begun near the river banks and when they changed its course, so as the civilization too. Hence we could see the importance of rivers since hundreds of years as they formed the basis for life. Even though rain is the major source for cultivation, it is these rivers which flow from one place to another that plays a vital role. It is because of this we have been calling for "Unification of Rivers" as it can avoid floods in one place and drought on the other.Though this is a real expensive project with the estimated cost of more than Rs.1.5 Lakh Crores in total, once this is done, it can bring prosperity in the lives of millions of farmers who are spread across the country and it would also result in enhancing the lives of others including plants, birds and animals by giving the best of the natural resource - Water.

While the above holds good to some extent, what should we need to do before we realise the ultimate dream? Is it not our duty to ensure that whatever resource we have must be safeguarded? What do we see these days?

We see lot of industries being set up. While this is good since it brings in lot of employment opportunities, the other side of it is really disturbing as it creates lot of bad things. One of the most important aspect is the discharge of affluents. These are usually discharged in the ocean but not all the industries have the privilege or can afford to be set up near an ocean. Hence most of them are located close to other water bodies mainly the rivers though lakes are also facing the wrath from time to time.

While rivers are efficient in washing away the affluents that was being discharged into it to the ocean, only if they are connected at the end. For the rivers which weren't connected to the Ocean/Sea, it end up accumulating these waste products else where and when these are not discharged by the industries as per the prescribed standards, they also lead to lot of other problems including contaminating the water which in turn will lead to ill-health when it is being consumed by the public. Even if these river waters are not used for drinking purposes, the mere use of them for washing the clothes or taking bath can bring other trouble like skin problems.

Imagine the plight of the aquatic life. They are ones which faces the brunt, the most. As the water gets contaminated, it leads to eventual decrease in the oxygen levels in the water and the mixture of lead, carbon and other chemicals, when being consumed by the fishes and aquatic plants can eventually lead to their demise there by making the water body unfit to support any life.

Hence it becomes a prerequisite to ensure that the rivers and lakes are cleansed from time to time,regularly. By doing this, we can ensure that the quality of the water is maintained and at the same time, the offenders can be identified easily and corrective measures can be taken.

When I head about #ChaliyarRiverChallenge I was really surprised but I realised that it originates in Kerala which is known for good ethics and most importantly, keeping the Nature God Clean. For those who do not know about Chaliyar Event, this is an event which starts at Nilambur which can be easily accessed via Car/Bus from Shornur/Thrissur and ends at Beypore which is hardly 10 kilometres from Calicut. This is a 70 kilometer stretch which would be covered in 3 days.

This is an excellent event as it brings more awareness on "Kayaking for a cause" as individuals from different sector come together and when this happens, the message spreads far and wide. Kayaking should not only be seen as a sport but also as a way to interact with nature since you are not use any fossil fuel to travel on water but your own hands and rowing pads which makes you travel from one place to another in a peaceful way thereby witnessing the mother Nature in close circle.

I was also glad to see the pics of the event from the last year. Take a look and you will understand how efficiently this is being organised. Nothing can bring out the message so clearly than this event could... 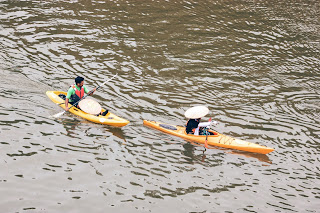 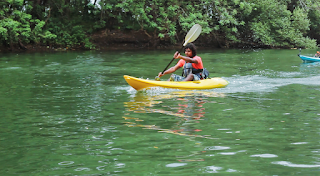 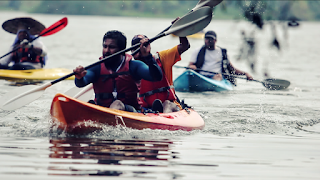 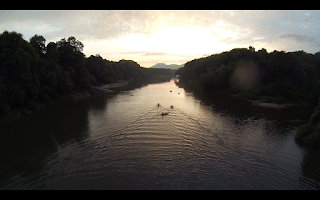 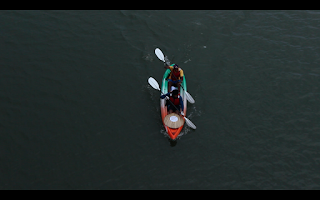 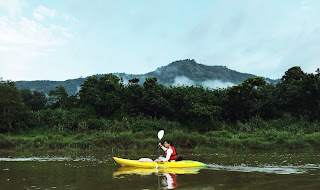 This is a 3 day event organised by  Paddle Hard India, Jellyfish Watersports along with adventuren.com which changes the face of Kayaking in India. Here you get to see people from across the country coming together for a cause of cleaning the river.

Also do not forget to check out this video.

Kindly click this which will help me in being the part of this exciting event and I assure you of updates from the event direct
https://www.adventuren.com/index.php/vendor_packages/package_details/81?utm_source=SarathBabu&utm_medium=Blogging%20Contest&utm_campaign=Chaliyar%20Challenge

It's time to join and make an impact!!!