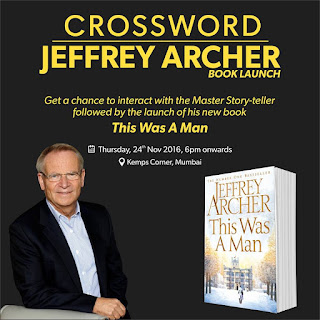 Master storyteller Jeffrey Archer is all set to visit India with the seventh and final volume of his popular 'Clifton Chronicles' series.

“This Was a Man” is a captivating final installment of the “Clifton Chronicles”, a series of seven novels that has topped the bestseller lists around the world, and enhanced Archer’s reputation as an exemplar wordsmith, according to publishers Pan Macmillan India. Spanning the 20th century, “The Clifton Chronicles” is a gripping family saga of the trials and tribulations of the Clifton and Barringtons, two families at opposite ends of the social spectrum. 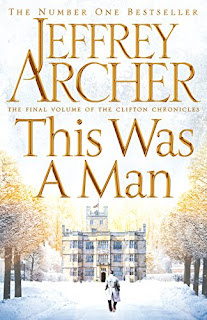 Archer arrives in India, 21st November, at Delhi. Crossword Bookstores has organised a 4 city India tour, ensuring that maximum number of fans get to meet him. 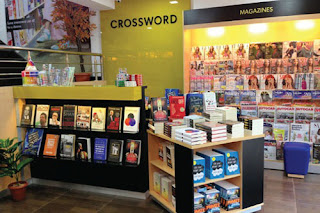 Kinjal Shah, CEO Crossword Bookstores says, “ There is always tremendous interest in Jeffrey Archer books. Whether it is his televised adaptations,  First Among Equals, Kane and Abel or Not a Penny More Not a Penny Less; or his stage premieres; The Accused, Exclusive, and Beyond Reasonable Doubt; there has always been a buzz around his writings. He is the undisputed custodian of the twist in the tale.”

Archer's travel calendar is as follows; with events scheduled at Crossword Bookstores in the following cities.