1
Welcome to Sarath Babu's Lifestyle Blog Events and Movies Others Bachchan at Crossword:I will support attempts to chronicle the Indian film Industry

Bachchan at Crossword:I will support attempts to chronicle the Indian film Industry

Sarath Babu 17:11 Events and Movies Others 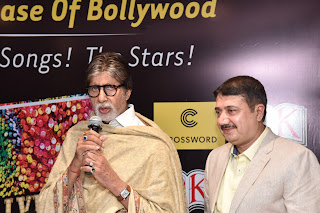 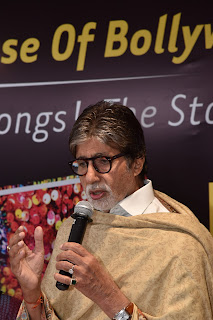 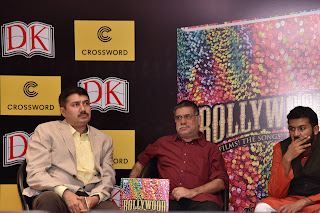 Crossword hosts Amitabh Bachchan as he lends a foreword and his presence to SMM Ausaja’s book.

A book titled ‘Bollywood – The Films! The Songs! The Stars!’, has the God of Bollywood himself doing the honours at Crossword Bookstores, Juhu.

Written by SMM Ausaja, Karan Bali, Rajesh Devraj and Tanul Thakur, ‘Bollywood – The Films! The Songs! The Stars!’ is a comprehensive illustrated guide and coffee table book , a tribute to India’s tinsel town, filled with trivia and facts about some of the most beloved actors, films, and songs – replete with riveting background history – that Bollywood as an industry has produced since its inception in 1913.

Speaking at Crossword Bookstores, at the launch, Actor Amitabh Bachchan, who has penned a foreword to the dazzling book, also came to launch it for his friend, passionate film admirer, curator and journalist SMM Ausaja.

“I abhor the title of this book,” says Bachchan, arguably India’s greatest thespian for over five decades now,  in his foreword. “The Indian Film Industry is what I shall always refer to as Cinema in India. We are an independent creative industry and not a derivative; any attempt to imply otherwise, shall not find favour with me.”

Bachchan’s angst comes from the fact that Bollywood is in some ways, much larger than Hollywood. It releases more films than the US and in the world.

Maulik Desai, Head Crossword Bookstores observed, “The physical presence of Crossword Bookstores’ in today’s world has become all the more relevant. In our 25th year, our relationship with our customers has gone beyond just products. Our mission is to build community centres where people gravitate; be it influencers, authors, anyone who has a story to share.Such events are special and welcome.”

During the launch Bachchan, while lamenting the absence of film documentation of the Indian film industry, which he terms as a “malaise”, shared interesting anecdotes that opened the intrinsic value of Bollywood for its fans.


"I will support attempts to chronicle the Indian film Industry," Bachchan added, speaking at Crossword Bookstores.