Sarath Babu 06:20 Events and Movies Others 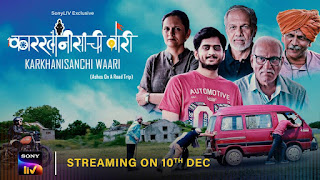 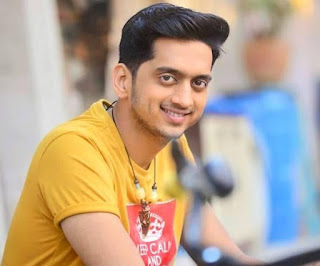 New Delhi, 8th November 2021: ABP Studios’ co-produced, Marathi feature film, Karkhanisanchi Waari (Ashes on a Road Trip), will stream exclusively on SonyLIV, December 10th onwards. Previously, the film was invited to prestigious screenings in New York, Los Angeles, Shanghai, Toronto, Stuttgart, and London after receiving praise and acclaim from international film critics. It won an award as one of the Best 5 films at the Tokyo International Film Festival. The film was also a part of the Indian Panorama section of the 51st edition of the International Film Festival of India (IFFI), held in Goa on 23rd January 2021.

The film features a star-studded ensemble cast of some of the most popular and respected actors in the world of cinema – Dr Mohan Agashe, Amey Wagh, Mrunmayee Deshpande, Geetanjali Kulkarni, Vandana Gupte, Shubhangi Gokhale, Pradeep Velankar and Pradeep Joshi.

Speaking on the premiere of the film on SonyLIV, and other significant achievements of the film, Senior Actor, Dr Mohan Agashe, said, "The purpose behind any film shouldn’t only be entertainment, it should make you think or ponder upon situations around you and that’s what this film does in a brilliant way.”

The film, directed by Mangesh Joshi, is a funny, heartfelt story about a dysfunctional ‘last joint family of Pune,’ which takes a comic look at death. The film's plot is crammed into a Maruti Omni on a road trip from Pune to Pandharpur to fulfil the last wishes of the family’s beloved patriarch.

The famous Marathi film actor Amey Wagh, who is highly acclaimed for his role in the web series ‘Asur- Welcome to your Darkside’ said, "All the characters in the film are relatable to all age groups. Viewers can easily relate to the situations in the film with their day-to-day conflicts amongst families."

The film is produced by Archana Borhade (Nine Archers Picture Company) and the co-producer of the movie is Zulfia Waris (ABP Studios). ABP Studios is a production house based in Mumbai. This company enabled ABP Network to venture into entertainment, in order to increase the network’s long term value and offerings.

In keeping with its brand promise ABP Studios is on a quest to find, nurture and bring to life Indian stories that transcend ‘beyond blacks and whites’ and celebrate the ‘grey’. ‘Karkhanisachi Wari’ will be the first of its many offerings that reflect its ethos.

Driven by a team of multilingual storytellers from across the country, the studio has had an impressive run in its first year of business. Significantly, they’ve picked up book rights for best-selling regional authors like Lila Majumdar and Smaranjit Chakravarty, co-produced a Marathi film that glued audiences across the world, produced the Indian version of “Say Yes to the Dress” (a popular global format being done in India for the very first time) and bagged commissions from Google, Facebook, Universal Music, National Geographic and Discovery Plus. Additionally, they are collaborating with promising national and international talent, as well as National Award-winning writers and directors to achieve their larger vision of creating and distributing local stories to a global audience that come alive.

ABP Studios specializes in content creation and production. It falls under the purview of ABP Creations, ABP Network’s content innovation arm. With a collective experience and knowledge of India since 1922, they are a robust team of 'multilingual and platform-agnostic storytellers' with a demonstrated flair for creating innovative solutions for all business needs. The studio provides wide-ranging services, including IP creation, production, and co-production of fiction and non-fiction content across multiple platforms, licensing and syndication, brand solutions as well as interactive content.