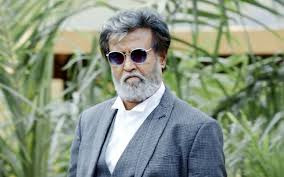 This is an unbiased review about the movie KABALI

After creating so much of expectation and hype, I managed to get the ticket for First Day First Show in AGS, T.Nagar. The show was at 11:50AM and unlike it's competitor multiplex, AGS did start the movie on time.I also did not realise that all of them who had the tickets were given FREE Refreshments which I enquired and found out myself which AGS would have mentioned it on their tickets clearly. This isn't an issue anyway because I got mine finally and it was worth the money.

The theatre did have the air conditioner running till the end which is also really appreciated. There was multi level car parking which I noticed it only today. Kudos to them for implementing this which is the need of the hour as it saves space constraint.

Now coming to the movie bit. As soon as the name was screened, spectators started shouting. It is of no wonder since the movie features none other than Superstar Rajni. Even though I got to read the news elsewhere that the initial movie scenes were released elsewhere on the internet and was circulated in WhatsApp, I did not care to give a look at it or search for it because I firmly believe it would defeat the very purpose of watching the movie in theatre.

The introduction scene of Superstar Rajni was classic. He was a don who got jailed for no fault of his by his nemesis Tony Lee. Rajni gts released after 25 years from the jail and gets a warm welcome from his team mates. He finds out that the city landscape along with functioning got changed completely during his absence by his rival. Rajni who would henceforth be addressed by me as Kabali vows to restore peace in the City.

By the way, I will not be revealing the entire plot in this blog post because it is almost like leaking the movie online which shouldn't be the case when reviewing a movie but unfortunately not most of them do this....

Kabali was very much attached to his wife who has changed him a lot and she was eventually killed. Only after his release Kabali finds out that his Wife was alive so as his daughter. Did he meet them? How did the story transpire is what you must watch in theatre.

I would like to give my first mention to the movie director Pa.Ranjith who has done complete justification to his role by giving a different story for Superstar.

No need to mention about Superstar who was simply classic.

I liked pretty much the role of Radhika Apte and she made me cry in one of the scenes which I am not revealing it here and so as Dhanshikaa. Attakathi Dinesh and other artists did perform their role well.

Music by Santhosh Narayanan was pleasant. Screenplay could have been bit faster but considering the story line, it is ok. I don't give a rting to a movie scoring or giving a percentage. All I can say is thi movie will surely not disappoint you.

MY TAKE: If you go to the movie with the mindset of Badshah, Padayappa, Sivaji etc., you would be disappointed for sure. Go with a free mindset without any expectation and you would love it.The movie has a run time of 2hours and 30 minutes. You'll come out satisfied :-)

Good Comments Sarath. Agreed! But the ticket pricing is way higher for this much hyped movie. We spent nearly $27.00 for this one. The distributor should consider this in mind whether it is worth selling that high or not!

Good Comments Sarath. Agreed! But the ticket pricing is way higher for this much hyped movie. We spent nearly $27.00 for this one. The distributor should consider this in mind whether it is worth selling that high or not!