The program began with Lions Prayer and Flag Salutation. 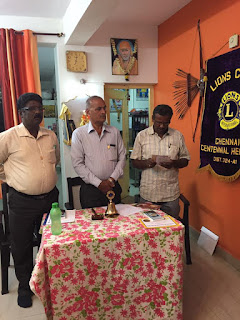 The President, Secretary and Treasurer presided the meeting. A minute silence for observed for the Treasurer's Father who passed away recently. 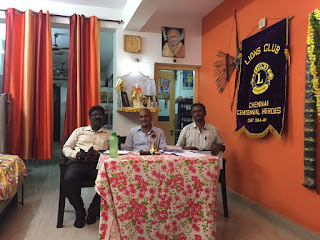 Few points were discussed in the meeting after the speech by The President, Secretary followed by the Accounts Report by the Treasurer. 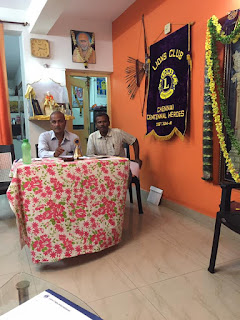 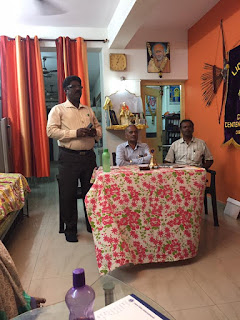 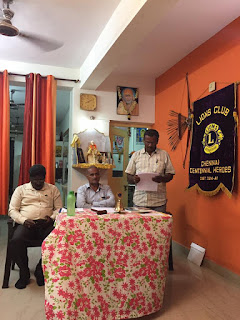 1. Each One Get One - Getting more Lion Members to the club to strengthen so that projects can be done without any burden on the finances. To start with, the target has been set to 30.

2. Collection of pending dues from the members which would help in paying the District and International Dues.

3. Opening of Bank Account which would be operated jointly by PST and the same would be followed in the years which means no single person can operate the account. this would give more transparency and control over the finances.

4. To have minimum of 10 registrations for Lions Centennial Celebrations due on 26th Jan 2017.

5. To do various projects from time to time.

The members who were present in the meeting had agreed to the resolutions passed and other details regarding minutes and quorum were discussed. 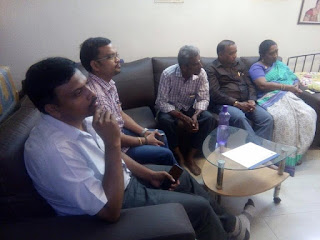 As pointed out by Ln Dr Luder Seth, we have agreed to make use of his services to create General Awareness on our Health for the members to start with in the next meeting and also to execute a project on the same in the future.

Since The President will be away in the US from Jan 18th for a month and a half, arrangements have been made where the First VP - Ln Krishna Bai would preside the meeting. We missed Ln Jayaraman and his better half as they were away in Dubai during the time of the meeting.