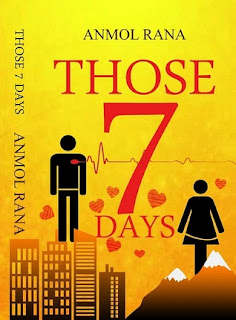 A brilliant story that would make even an iron heart melt. Anmol has brought up a beautifully scripted story talking about the life of the protagonist Vishwas as to how he faces the outside world in just 7 days.

The story also stamps it clearly on the fact that the beauty lies not from outside but from inside. Vishu just like a normal guy gets tempted by his co-traveller when he travelled from his home city Dehradun to New Delhi to join work. His dreams lived for short while.

In Delhi, he meets up with another girl Vaijanthi and again he falls for her later to realise a stark truth about her which comes as an absolute shock. He gets entangled into some complication and his mentor rescues him who tried to persuade him for her sexual desires.

On the other hand, Vishu had a good friend back in his hometown. The girl - Shailaja gifted him something which he did not even bother to open for 5 days. When he opens it, he saw something. What did he see? Did the ever smart, tall, handsome and well paid Vishu found his true love is the story.

Hats Off to the author who has brought out the emotions of the characters through this novel in a well orchestrated and also in a subtle way. I am certainly looking forward to the release of his next novel.