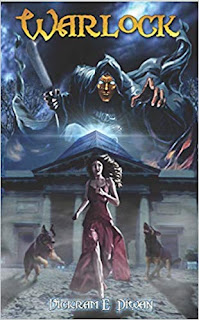 A novel which revolves around glamour, sorcery coupled with ambitions & treachery. Vickram's book is nothing less than a fast paced thriller that would keep you on the edge of your seats. Though you would come to know as to who the real culprit is, in the first half of the story, that wouldn't hamper your interest to read this novel any further.

I liked the way the author has penned down the story without leaving any loose ends. There were not many characters but what ever characters were portrayed in this, has been given more or less equal importance. I was bit disappointed to some extent because the novel would continue in the next part which is also a source of happiness for me because I would get to read another book from the author.

The protagonist was a female named Payal who hailed from West Bengal and wanted to make it big in the small screen to find her way eventually on to the big screen. She shared her room in Delhi with her friend Shalini. Shalini's boyfriend Naresh introduces Payal to his friend Abhay who eventually becomes her Would-Be.

Who was this Warlock?
Why did he kill others?
Was he brought to trials?
Did Payal escape from the deadly clutches of Warlock?

Read this novel to unlock the mysteries which the author has explained in his own and unique style.

The book is also available on Amazon, Pustakmandi and Offline stores.