For the first time since its inception, Chennai witnessed the #UKAlumniAwards #StudyUK event yesterday(15th March) which was held in Taj Connemara. The event began at 6 PM. 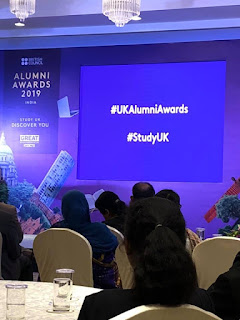 The event was all about recognizing the best of the talents who were educated in the U.K. and have made a significant contribution in their respective fields. 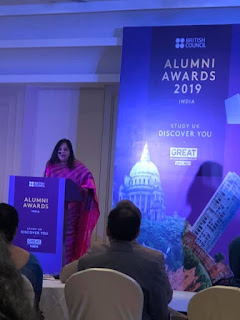 There were 9 Awardees in total from 3 categories. 1 winner and 2 runners-up in each category. There were 139 applications in total. The categories on which the awards were given are listed below:

Before the event could begin, there was a discussion on the above mentioned topics and we witnessed participation by

The discussion was moderated by Rakesh Gidwani. 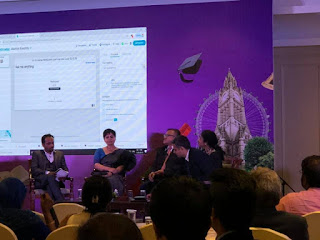 To begin with, Rakesh addressed the audience mentioning that there are 260 million students in the Indian education system with 60% in employable position.

Prakash said "Content is the King. Context needs to be set right". He went ahead to add that the reimagination should start happening from school. He also said that getting the job isn't a problem but getting ready to be employed is.He also quoted as to how once the most revered jobs like CA/HR/Clerical Jobs are being replaced by AI.AI stands for Artificial Intelligence.

Jayashree spoke about how even in the World Bank, people are speaking about the future of work.She touched upon

Nandini who later performed with her sister spoke about education and employability.

Before the discussion could end, we were asked to post our questions via Mentee, a platform where one could post questions, unanimously. There were 23 questions asked and the panel answered most of them which were relevant to the topic/discussion.

This was followed by a brilliant speech by the Chief Guest of the day Shri.Jayesh Ranjan,IAS who is the Principal Secretary to Telangana Govt (Industries and Commerce). He spoke about job creation and how Telangana being one of the newly formed State with just 3% population produces 10% of total engineers across India, each year. He also surprised us with the fact that Telangana is the only State which teaches Samsung's proprietary software called "Tizen" in their colleges. 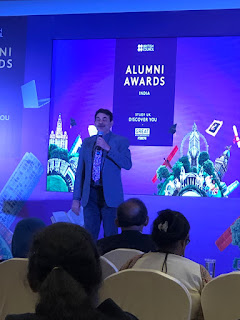 Post his speech, couple of short videos were played which showed how students found it really interesting to be educated in the U.K. It was surprising to see Dr.Satya who got couple of Masters and a PhD in the U.K.

It was entertainment time later with Dr Lalitha and Mrs Nandini who performed adding fusion to the Indian music. The percussion was handled by Mr Sridhar. 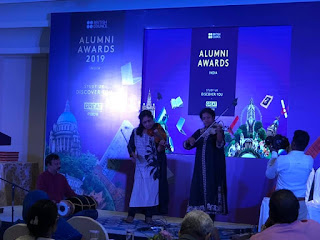 Mr. Pilmore Bedford, Deputy High Commissioner in Chennai for the British Govt, gave an enthralling speech touching upon various aspects as to how and why U.K. has been the most sought after nation for the Indian students when it comes to education. He quoted "4 out of Top 10 Colleges namely Oxford, Cambridge,Imperial College, University College are from the U.K."

Finally, it was time for Awards.

The Award for Social Impact was bagged by Rupal Ganesh Kulkarni whereas Dr Abhijit Mitra won the award in the Professional Achievements category. Shiv Dhawan won the award in the Entrepreneurship category. Sitting and witnessing the event, I predicted all the three awardees correctly, as soon as I saw the short videos being played for each and everyone. 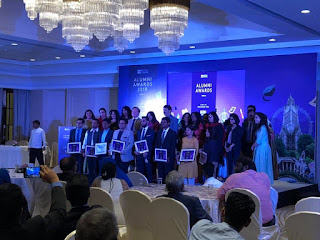 The vote of thanks speech was equally brilliant. 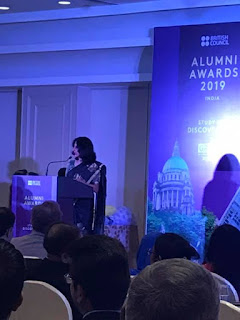 My friend and I took a selfie as a remembrance before we proceeded for our dinner, post the event. 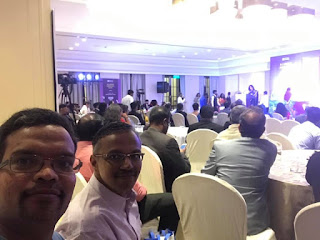 INTERESTING FACTS - U.K. saw an increase of 32% among the Indian students opting for it as their destination compared to the previous year. British educational institution has so far produced 107 Nobel winners.

The author attended the event on special invitation from the British Council.