Made In India under Make In India by Yamaha Corporation

Today - 27th of May 2019, Yamaha Corporation of Japan announced its opening of factory in India for musical instruments. The factory is located in Kanchipuram which is just 71 kms from Chennai and is geared up to produce the full line of Yamaha Musical Instruments.

After the initial introduction by the emcee, Rehan Siddiqui, Business Head, Musical Instruments spoke about the history of Yamaha which is in business for 131 years. He noted " Yamaha Music India will not only produce its equipment for the Indian market, but make India its major export hub. The company plans to upgrade its factory as and when required depending on the growing demand". 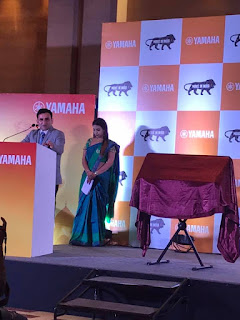 Takashi Haga, Managing Director came up next and said " Yamaha Music India is proud to present you keyboard built for India and built in India. Under the "MAKE IN INDIA" initiative, we have designed and created the most versatile and customized portable keyboard for Indian customers till date.India as we know is the land of diversity. The new keyboard will address the requirement of customers ranging from West to East and South to North. He also thanked the Indian Government saying that the journey which started exactly 2 years back has finally taken shape and whole heartedly thanked the Govt of India, Tamilnadu, concerned Govt departments and the internal implementation team who has supported at every step to fulfill the dream"

This was followed by the speech by the General Manager of Trinity College of Music, London 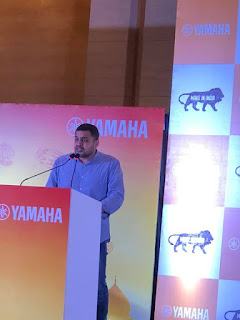 Stephen Devassy, famed music director/composer was the next to arrive on stage. He unveiled the PSR-I500 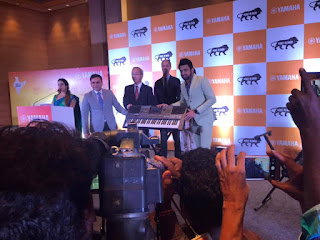 He performed on the keyboard to enthrall the gathering for few minutes. 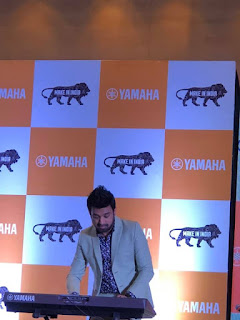 Glen Fernandes, Product Manager, Yamaha Music came up next. The PSR-I500 was his brain child and he played various tunes on the keyboard mentioning how it has the options to connect all the people in India from South to North and East to West. 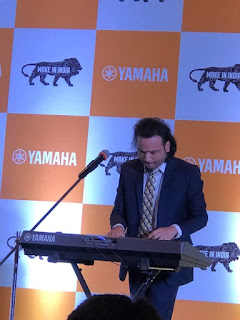 Finally, it was the Q&A session with Team Yamaha Music. They patiently answered all the questions posed to them by the press and media. 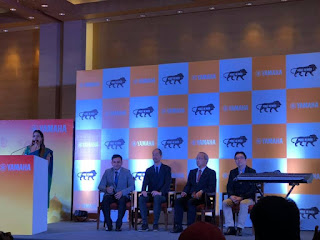