Sarath Babu 16:41 Events and Movies Others

CHESS needs no introduction. It is a board game which is played indoors and is invented in India. We have seen lot of Grand Masters emerging from India ever since Vishwanathan Anand became the First GM from our country. He has inspired a lot of youngsters to take up this game as a full time profession and the dearth of knowledge, he has in this game is known worldwide. It is no surprise that he conquered the top crown not once but five times. He was the World Champion five times and is the only player who has won on all the formats of classical chess. He is a specialist in Rapid Fire round and is known for his quick moves.He has had many laurels including the Sportsperson for the year, Rajiv Gandhi Khel Ratna Award(first recipient) to name a few. As was rightly said by Mike Kelin, Chief Chess Officer of ChessKid, that if one starts speaking about Vishy, it would take the entire day. 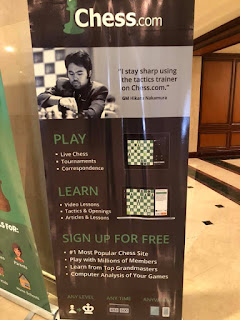 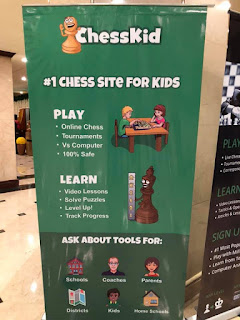 After a speech by the dignatories including Vishwanathan Anand, Mike Kelin,Chief Chess Officer, Carey Fan, Chief Executive Officer, there was a Q&A session which was answered by the trio with ease. 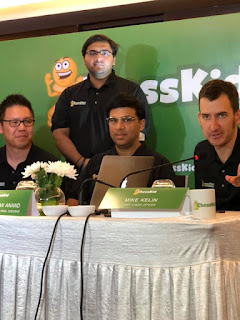 What  is so special about @chesskidscom?
To start with, it is a part of chess.com which is the ultimate authority when it comes to Chess with more than 25 million members.
For the first time ever, the brand has joined hands with a World Champion who was none other than our own Vishwanathan Anand as you are aware by now.
This is a site designed exclusively for kids & they have members whose age starts from 4. Though it is for kids, even elders can use the site. Communication is limited to teachers, coaches or parents who can interact with their own kids. This turns the online time for kids to a useful learning time. This is perfect for schools and also for districts. Playing on a regular basis would help the kids develop their reasoning and memorization. You would be surprised to know that more than 2000+ organisational features. Kids can choose to play with other kids or with fun BOTS. A staggering 25 million games has been played so far. It doesn't end here. There is also a dynamic puzzle database which is designed to kid's level. More than 1 million kids are playing in the site at the moment.
This ultimate site is available on both platforms - Android & iOS and can also be loaded via browser on your desktop/laptop.

This is 100% Safe. You can play Chess versus Computer. There are tournaments too. The parent brand is in talks with FIDE to bring out some improvements.
They have both the models - FREE(BASIC) & PREMIUM(GOLD).

1. Unlimited Puzzles
2. Unlimited Puzzle Duels
3. All BOT Chess Levels
4. All Lesson Levels
5. All Videos(there are 800+ videos)
6. All Workouts
7. Unlimited Vision Trainer
8. Unlimited Game Archive
All the benefits of both the accounts are given above. It is up to you to decide as to which one to go for because you know the best, your kid(s) deserves.
Though they are in few other countries as well, the site for India is curated for Indian audience by the Chess GM himself.
Most importantly, you can get the computer analyse your game too.
What are you waiting for? Bring out the Champion in you. #Chess #GrandMaster #OnlineChess #CuratedContent #VishwanathanAnand #ChessKid #BoardGame #Tournaments