When I heard through couple of my friends that there is Japanese Film Festival happening in PVR ICON, VR Chennai, I immediately wanted to go but due to time constraints, I could not. The movie festival started on 8th November and is ending today - 17th November,2019. It is screened across 7 cities in India with 25 films being screened in each city.

I was told that the movies that were screened were really good. Though I regret missing few of the movies, I made it a point to visit the theater and was there yesterday -16th November. The movieplex was beautifully done(it was my first time to visit this theater). 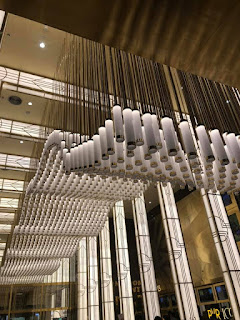 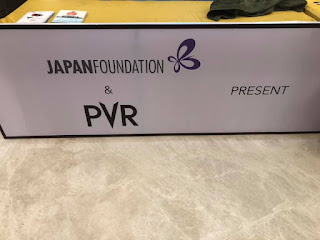 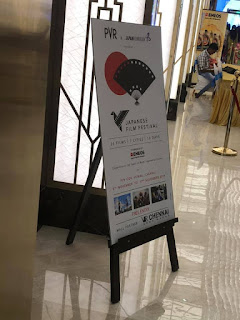 The stage was set just opposite to the ticketing counter. We were asked to wait since it is only an hour before, they would issue the tickets. I was there by 10:30 and they started issuing tickets from 11AM. I was the first to grab them. The first movie was "Bento Harrassment". I decided to catch up with the next movie as soon as this got over but yes, by the time I came out, it was already 1:40PM and the next movie was slated at 2PM. There was already a huge queue this time. I could see not less than 200+ standing but the good part was, they allowed 3 at a time and the queue got dispersed in no time. Since by the time, I got the ticket, it was already 2PM and I may not get to sit at my preferred seating, I picked up the tickets for 2:30PM show which was "Children Of The Sea". While going for the first movie, I was given a cloth bag as a gift. For the 2nd movie, after it ended, we were given feedback forms. Those who completed got a Tee for Free! This is some serious promotions. 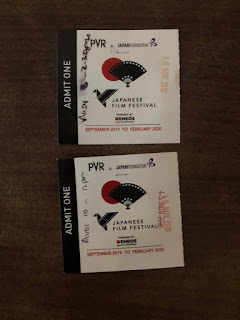 There was also a booklet which few of them got and were getting stamped on it during each movie. I heard some contest was running. Man, how did I miss it?

There were two audis that were specifically dedicated for the movies - Audi 3 and Aui 10. Both of them were huge as I guess it could accommodate not less than 500 pax easily. I had the privilege to see movies in both these. 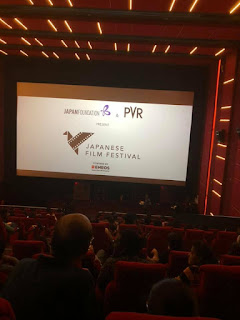 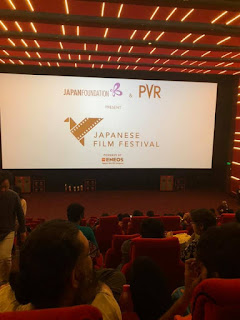 Do not miss it since today is the last day. My heartfelt thanks to Japan Foundation, Eneos and PVR for this wonderful screening.

Bento Harassment - A touching movie which shows how the single mother raise two daughters. It was emotional and gave me an impression that I was watching an Indian movie. The expressions a well the acting by the lead actress and her daughter were outstanding. Picturisation was good. I never felt like watching a Japanese movie since there was English sub-title which made my job easier.

Children Of The Sea - This is an animation film which talks about the greater truth. Animation was done really well. I so missed my niece because she would have definitely enjoyed this film as equaly as I did.