1
Welcome to Sarath Babu's Lifestyle Blog Book Reviews Book Review - World's Best Husband: How he made it happily ever after...

Book Review - World's Best Husband: How he made it happily ever after... 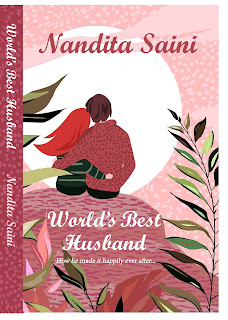 A book which aptly describes what needs to be done in order to forge a strong and everlasting marital relationship. I felt really glad to read this book because though this is an anthology, the scenario must have taken place in few hundreds of lives. I too saw some resemblance in the story since I am married for 11 years.

There are lot of things that goes into the making of everlasting relationship. These were vividly described in the book in the form of a story. This would serve as a guide for the newly wed couples and especially the bride who is facing difficulties in coping up with her in-laws because not all the husband would be like Advik.

The story revolves around two main characters - Nandini and Advik. Though they were not genuinely interested in getting hitched due to their age - 22 & 24 respectively, as soon as they meet each other, things take a different turn. How this meet turns into a friendship and subsequently into love was described in a best possible manner.

The essence of various scenarios that goes into a typical Indian marriage was captured perfectly. The relationship between a bride and her in-laws and how things could be misconstrued and how these can be converted in a positive way was explained in detail - of course in the form of  a story. If you are already married or in the process of getting married, I would highly recommend this book. Buy the book from the link given below. Read it. You will thank me later.

This book is available on Amazon in eBook format.