The book "Songs of the Mist" penned down by Shashidhar Sharma which is the first book of the 3 book The Monk Key Series was launched with much fanfare in Odyssey,Chennai on 24/7/16 at 6:30PM,

The members of Chennai Bloggers Club which includes Mahesh Lakshmanan, Bragadeesh Prasanna, Sindhu JP, Vinodh Velayudhan and others played a vital role by organising this event which saw a full house participation.

The Chief Guests of the event were none other than our Rapper Blaaze and Mr Keshav,renowned Cartoonist from The Hindu. Mahesh Lakshmanan took the hosting part and he executed it with near perfection.

Prior to the book launch, the Author gave an inspirational speech as to what made him to write this amazing book which had close to 125,000 words that was later reduced to 70,000+ words after editing. The whole series seems to have more than 500,000 words which is stunning and he also spoke about his association with Blaaze who then took over. Blaaze's speech (speech continued) was mind blowing and the audience were dumbstruck when he sung this song

Then the book was unveiled. 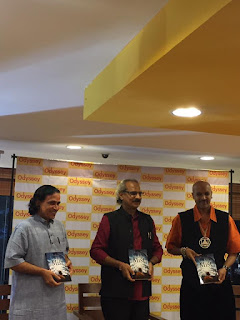 The event ended with a happy note with some of us(in fact most of us) took a selfie with the rapper himself. 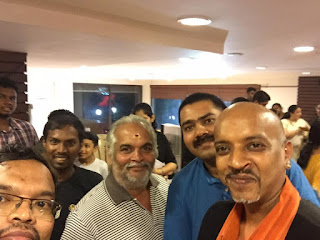 Thanks For Sharing Great Information. It was very helpful
http://organichealthplanet.com/