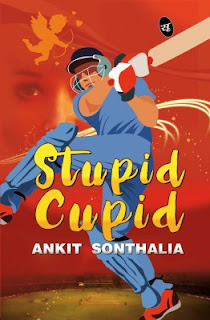 A beautiful story penned down by Ankit Sonthalia. It goes to various life stages of Suhaan Arora, the lead character in the story.

It starts with Suhaan who had interest in Cricket gets into leading educational institute and eventually gets inducted into the college team. He gets introduced to his three friends Ramaraju, Saurabh and Akshay.

Hs initial intro with Kanika was unexpected by his friends sine he strikes the chord and takes it to the next level. However Kanika has to go overseas for her higher studies and in the mean time, Suhaan gets into leap and bounds in his cricketing career by joining the League Club to play. In the meantime, he meets Namrata and fall in love with her and gets married after vowing not to play cricket anymore.

However things take a different turn since his marriage relationship turns sour and Namrata send Divorce Notice. Though Suhaan was reluctant, he had no other option but to agree for it mutually. He then gets in touch with Bose da who was instrumental in shaping up his cricketing career. Around this time, IPL auction takes place and Suhaan was bagged for a huge amount which was not expected by anyone. Suhaan starts flourishing in his career and in the meanwhile he gets close with the team owner Ashlesha Kapoor.

Things take lot of twists and turns from here. Suhaan wanted to be reunited with Namrata. Did he manage to get back his lost love? Read the book to find out about the remaining part of the story.

My rating for this book is a cool 4.5/5 as the author has penned it so well with good flow without making any deviations or irrelevant additions.