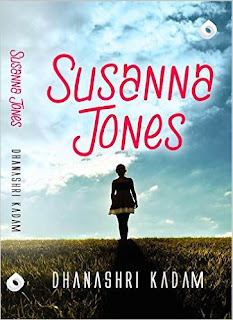 You would have read a story similar to this earlier but what makes this story really special is the way, it has been presented. Author has weaved the story perfectly with no space to get bored though this is a slow paced triangular love story.

Susanna Jones, the lead character had lost her father at her early stage. But the void of his absence was filled by her good friend Malcolm. Malcolm loved Susanna but had never revealed it to her. In the meanwhile, she meets Abhishek Mehta who was from a wealthy family. They both fall in love with each other. During this stage, when Abhishek tried to convince his Dad, his mother falls sick and his father did not approve his love. Abhishek has to break up the relationship leaving Susanna in tatters. On top of that, he gets married to someone else.

Malcolm's sister Ginelle reveals to Susanna about her brother's love for her. By now, Susanna has become a celebrity author.Just when they both were about to get hitched, Abhishek returns. Who does Susanna selects in the end is the story.

I was really impressed with the flow of the story and the sequence of events that has helped the story go in the right direction. I must give due credits for the excellent poem that was penned by the author in the prologue. Well done :-)

After reading the entire book (199 pages), I felt really happy that I have read yet another good story.

The book is available in Amazon