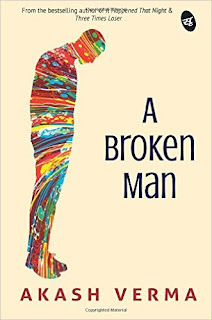 Have you ever imagined that there is a untold sorrow and misery on the renowned lyricist and writer - KK? The story opens with KK travelling in a luxury sedan to a upscale apartment. While the entire world celebrated his success, he was still reeling with melancholy.

He had a flashback. The flashback had a beautiful and unadulterated love in the name of Chhavi. KK hailed from Bihar and belonged to a lower caste while Chhavi's father was none other than Pandit Radhey Shankar Mishra who held an important position in Lok Shakthi Party.

Krishna(KK) and Chhavi were in college then and initially KK was pitted against Chhavi who was promoting LWSI to dethrone Gope who was backed by Bharatiya Samaj Party(BSP) in the local elections. An event turns the hostile Krishna to become close to Chhavi and they both fall in love with each other.

Destiny had a different version which made them separate but what happens in the end is a heart warming one. Though one would have come across a story with an ending like this, I liked this story in particular for the way in which it was written. I would not be surprised to see this as a movie with slight changes in the story.

The book is available on Amazon,