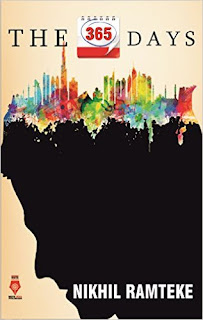 A book that is so well written which brings out the woes of workers in the Gulf. It will make you cry for sure for the fact, the book is just the mirror of woes being faced by the workers.

The experience of boarding the flight for the first time by the Protagonist Shiju Kutty was brilliantly explained. The path of abandoning greenery and reaching sand filled deserts  is an aching phenomenon. The way of pronouncing in typical malayali style - "Gelf", "Kaapi". The comparison of Sheikh and Mahatma Gandhi was just awesome.

The description of Vizhinjam Village where "everyone knows everyone" shows how closely the families are knit. The description of the houses in Kerala would make any reader understand the typical style of Kerala. Arayan, Valakkaran, Mukkuvan, Marakkan & Dheevara classification was a new fact to me. The life of a fishermen has been captured really well in this book.

What I liked the most is the drawing of the author which shows his talent. The pathetic bathrooms and the cook place were a real shocker but since this is what is the reality, we can only sympathise on these workers. Cheating with promised pay has also been covered which is widely prevalent in the present scenario.

"Everyday New Struggle" - the words are so powerful that would make anyone become bold. Working in temperature of more than 50 degrees, the workers plight in extreme weather is something which surely needs attention. Adding Alum in boiling water making cheap rice look white is a real shocker.  Apart from Shiju, other main characters included Saiful Bengali, Tavamani.

The workers were forced to consume pills to remove tiny pebbles from the urinary tract and to fight cholesterol makes workers prone to impotency. The celebrations of Ramzan was a good one as it is one that brought respite to workers with regards to reduction in work time to some time which otherwise is nothing less than 14 hours a day.

Rewinding memories, homo sexual acts and trouble followed because of this and false case being farmed upon the protagonist and finally the deportation makes the story a compelling read. The very mention of the fact that the plot was inspired by the author's experience in the U.A.E makes any one with a heart to feel " Is humanitarian dead?"