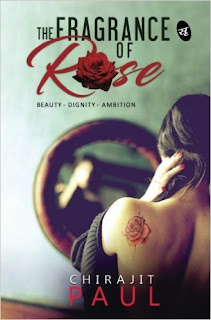 What do you do when you are born as a woman and had no parents to support you especially when you are grown up and look beautiful? Will the world spare you? Though there may be arguments that the place or country where we live is safe,we know what is the reality.

Would you be asked to compromise to go up on your career especially in the media? You may recall some of the recent happenings where few celebrities has raised a voice against this issue which is been happening behind the iron curtains.

The protagonist of this novel, Rinita faces the above. She had couple of good friends Chaitali and Mahesh since her childhood who supported her as long as they were together. Will they stay together forever?

When Rinita joins the company where Chaitali worked who was known for her stubbornness in not budging for sexual favours, she gets demoted. Rinita gets her place even before she could get compromised. What made her to do this and why?

Having escaped from there, she goes to a different place altogether where she finds the same humiliation. Having made up her mind and determined to come up in her life, she faces the reality. Did she manage to realise her dream? If yes, how did she come up? Who helped her? Who did she settle with finally is the story.

Chirajit Paul has penned a beautiful novel which brings out the stark reality. I was also surprised that it was his first creation which shows how much time and effort had gone into this beautifully scripted novel. Give it a read. You surely won't regret.