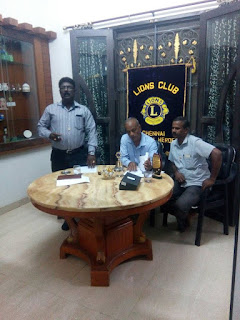 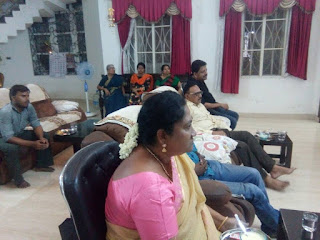 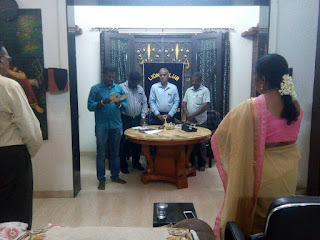 The club meeting was conducted this evening as informed. The secretary welcomed the members and outlined the salient features of Lionism and noted with satisfaction that our club is functioning well. He also praised the President for his dedicated work.
The Treasurer read out the accounts and it was passed unanimously.
The President in his speech touched on the various aspects of the club like subscription of members, Dues to District , projects and our standing in the District. The President took pride in the fact that our club is now a well recognised club in the District.The President also clarified on the issues recently raised. The meeting resolved to strengthen the club with more effective measures.I thank on behalf of the Club Lion Asokan and his wife Lion Bama who hosted the meeting. Nice snacks were provided and the members felt at home.
A meeting well conducted which helped review the progress of the club, take corrective measures and lay the path for the future. Ln Baskar the President of the club deserves credit for getting an award from the District for the club. I am sure the learning's from this year is valuable and help make this club dynamic and vibrant. Well done President , Secretary and Treasurer