Sarath Babu 10:29 Events and Movies Others

The House of Cards is back again. For those who have been watching it since its inception wouldn't want to miss it since it had kept us entertained all these years.

House of Cards - Season 5 features Kevin Spacey, Robin Wright, Kate Mara, Corey Stoll, Sakina Jaffrey among others. The famed US TV show will be aired on ZeeCafe from tomorrow,3rd June from 5PM onwards and I watched the first episode already. 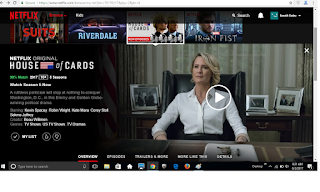 ALERT - There may be few spoilers in this review

Season 4 which was aired in the beginning of 2016, it talked about US elections n a subtle way where Donald Trump was struggling to make his candidature strong with the Republicans but had taken the world by surprise by eventually winning the one of the closely contested US elections.

The episode 1 of Season 5 begins with Spacey saying "I have no patience for useless thing" which somehow made me connect with the qualities of the current President - Donald Trump. He eventually does something after saying this which showed what sort of character Spacey is going to perform in Season 5.

With a short introduction dating back to 2013, the episode begins. I would like to highlight about couple of things which I think is worth mentioning here - Mrs Frankwood asking her husband to have a haircut when he had very less hair on his head and reference of Monica Lewinski which goes back to the Bill Clinton era shows that Americans give importance to minute things and also emphasising the fact that even though they forgive, they do not forget.

Garett Walker, the President-Elect did not want Frank Underwood to assume the role as Secretary of the State but to stay in the Congress which Frank was not happy about, Michael Kern was nominated for the role instead to the dismay of Frank Underwood who has brought in lot of donations, endorsements, support and back-up which proved Politics across the globe is no different which is filled with treason, betrayal,disappointments among others.

Zoe from The Washington Herald wanted to work on the news of The White House but was never taken serious enough by her seniors.

What was Frank hinting at here? 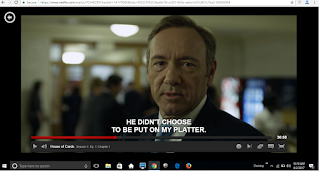 How is the Underwood couple going to endure their defeat? 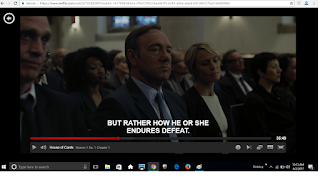 The answer is simple. You have to wait and watch :-)

Well, The first episode itself has kept me guessing and I am certain that this is going to be one exceptional political ride which would see how plans were made to foil the attempts of the opponent and how people come to power at the behest of others.

Its time to move to International Politics.....What say?


Catch all the updates without missing any of them by visiting and liking the Zee Cafe FB profile -> https://www.facebook.com/ZeeCafe

“Frank Underwood is coming to India with the television premiere of House Of Cards Season 5 on Saturday, 3rd June, 5 PM onwards, only on Zee Café!”