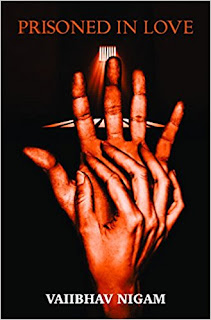 
A beautiful story written in a more elaborate way. If you ask me the story, I can say it in one line. It is as simple as that but the way it was written needs an appreciation for sure. There will not be any spoilers in this.

Rayirth Kapoor aka Ray is the protagonist of the story. He had all he wanted in his life. He got admitted to NYU where he did his MBA and gets into a top investment bank. However he attempts a burglary and gets imprisoned since he did not deny the charges.

Why did he attempt burglary?
Why did he not deny the charges?

There was a flashback for this. It is depicted in each and every chapter where there will be a present and there will be a past combined. I wouldn't say this is unique but it certainly evokes interest as you as a reader would want to know s to why Ray did this.

In the prison, he gets to meet few convicts. He plans for an escape. He also gets to see something he always wanted to avoid - when there was no light. What was this and has it got any connection to his conviction and planned escape?

Read the novel in full to find out all the secrets.