The second season of Premier Futsal is upon us and the entire country will witness the legends of football descend upon the small arena once again!  The second season of the tournament, whose brand ambassador is Virat Kohli, begins on 15th September, Rooter has partnered with the league to give a further boost to its burgeoning audience base by acquiring fans from the massive audience of football and cricket in India. 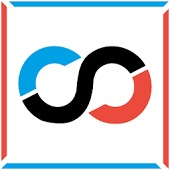 To augment the excitement around the league, Rooter will share all the key data and insights from the Premier Futsal with fans. It will include Futsal matches in its list of fan engagement features such as live prediction game, sell tickets and merchandise from the league and provide it with a dedicated team forum on the app where representatives from different teams can directly interact with the fans and push for exclusive content.

Futsal is essentially, an indoor version of football with 5 members in each side and 4 quarters of 10 minutes each. The Premier Futsal league began in India a year ago, and since then, its popularity has grown exponentially. The presence of iconic players has helped this cause, with names such as Hernan Crespo, Paul Scholes, Cafu, Salgado, the living legend Ronaldinho, Ryan Giggs and world-renowned futsal specialist Alessandro Rosa Viera, popularly known as Falcao or the ‘Pele of Futsal’, apart from the legendary Portuguese midfielder Luis Figo, illuminating the arena. Incidentally, Figo also doubles up as the president of the Premier Futsal.

Rooter users are in for a massive treat as the Premier Futsal will arrange for meet and greet sessions with the legends and provide free/discounted tickets as well as merchandise to Rooters through contests, lucky draws etc. This will be a once-in-a-lifetime opportunity for fans to meet the greatest players ever to grace the football field long after they have hung their boots. Premier Futsal will also provide Rooter with player imagery rights for fan acquisition purposes.

Commenting on the association, Piyush, Founder and CEO, Rooter said, “Futsal has been making waves and last season’s great response was an evidence of the way Indians have taken to this fast and short format of football. With the second season starting from September 15th, it is the right time for Rooter to come onboard and enhance the fan base of this emerging sport by encouraging fans of other sports to follow it as well. With world-famous players such as Deco already confirming their arrival for the league, the second season’s action can only be bigger and better, and Rooter will ensure that it brings all of it to Futsal fans in India and all over the world!”

Abhinandan Balasubramanian, CEO and Owner of Premier Futsal, said, “As a pioneer project in India, the response received by PF in its first season has encouraged us to go many notches higher. But for that to happen, we needed a much stronger audience acquisition and engagement strategy, and Rooter was undoubtedly the best partner which could help us achieve the same. The platform will perhaps be the most significant cog in our digital fan engagement plans. With Rooter on board, we have taken a giant leap towards making Premier Futsal’s second season a revelation in the Indian sporting arena, and eventually a world conqueror!”

Rooter has become the go-to platform for Indian sports tournaments to attract, engage and interact with audiences and build a loyal fan base. Its successful associations with tournaments such as the Pro-Kabaddi League is an evidence of its wide reach among the sports enthusiasts in India. Tournaments such as the Premier Futsal league which are still at a teething stage stand to benefit greatly from the continued attention and engagement they get from Rooter users, apart from popularizing a completely new and exciting sport in India!