Most of us have watched television during our childhood. Fortunately or unfortunately, we have been introduced to the "Mega Serials" which has kept us tied for years even though those defied logic.

Even in case of a short serial, we always hoped to get to know the climax sooner or later though we were at mercy of the director. The eagerness to know the end result of any soap is attributed to the below mentioned factors:

1. We may not be available all the time at home.
2. Recurring ads in between the serial plays a spoilsport.
3. Seeing the same face over and over again and when the actor is not performing well, there are all the more reasons to hate it.

To get rid of the above-mentioned woes, we either stop watching them or divert our attention towards movies. Those were the things of the past. There will always be a period of renaissance. That has come to the Indian televison in the form of Amazon Original.

There are few reasons to it.

First and foremost, as the name implies, it is an Original which means you wouldn't have had a chance to watch it elsewhere and secondly, the plot is really interesting.

Adding an icing to the cake, the Original Series features some of the top actors from the BIG screen. Above all, you can watch all the episodes at a stretch without any gap or annoying advertisements. What more would you want?

Amazon has been betting big on India for a while since ours is one of the fastest growing markets with more than billion viewers. There is a huge potential and I must say no one has utilised it to the fullest extent effectively but with Amazon coming into the picture, the competition would surely get intense when it comes to giving a quality program. As we are witnessing the shift in the paradigm, the production houses have to really buck up to stay put in the market. Let us leave that aside, as our focus, being a viewer should be mainly on the content.

Amazon Original is available for FREE on Amazon Prime which is an additional benefit for the subscribers who are also entitled to get FREE elivery, Discounted Delivery rates, expedited delivery among the others.So when you get to save your time and money what more would you need?

Now, let me take you on my journey on Original Series.

While I was browsing the content on the dedicated Prime Video section, I came across Breathe and without giving a second thought I started streaming it. The main reason was the cast and crew. Yes. The Amazon Original features Actor Madhavan. What more would you need?

It begins with a girl committing suicide. Now the inevitable question arises.
Why would she do that? 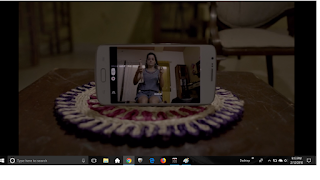 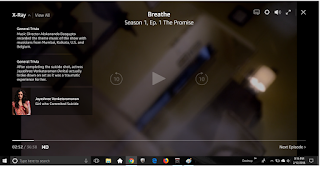 I felt the trivia that was shown in the Original was a novel attempt and it was appealing since made me understand the nuances that went in making of that particular shot/episode. I would say that this concept is totally new in the Indian market though it may be a common one in the western markets. 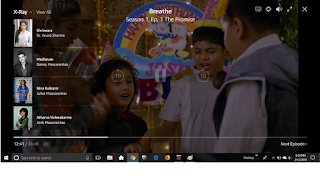 It also lists out the entire cast in a particular shot/episode along with their screen/real names which makes our life easier as it is easy to recollect those even when the names had skipped out of our mind, though I bet it would never happen since the characters were very limited and intense.

Like I said, I was thrilled to see Madhavan in a Original Series. The introduction scene did make me get some goosebumps. 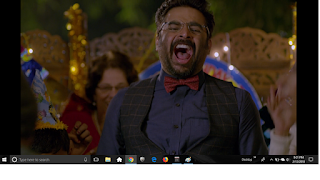 Madhavan is a single dad living with a boy who was diagnosed with a lung ailment. He along with his mother makes an attempt to make the life of this ailing kid easy by being really caring and supportive which comes quite naturally for an actor like him.

While this was one of the scenario, the other one focuses on murders.

Who was doing this murder and for what reason?

The Original Series touched upon some "need of the hour" reforms like "Organ Donation" where Madhavan's son who is registered with the list of organ seekers, had limited number of days to live. Being a dad, Madhavan could not do much since everything was done according to the procedures. The process had lot of bottlenecks which has been captured really well. As a viewer, I could relate to the mental agony that Mascarenhas(Madhavan) has to go through.

On the other hand, Senior Inspector Kabir starts investigating the murder. He himself has had troubled marriage since he lost his daughter due to his carelessness. This was also a learning point for many who would be watching or had watched this episode. 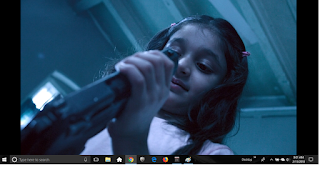 During the investigation, Inspector Kabir gets some crucial clues.

Was he able to find the culprit? 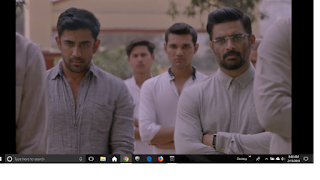 You will have to watch the Amazon Original to find out the answer. Though I was not sure as to how the Original would be since I had not watched one earlier, I could not resist myself but to watch all the episodes in one go.

Does this not stand as a testimony towards the standard, quality and the success in evoking the interest in a viewer like me?

What I liked the most in this Original?

1. A new approach.
2. Great set of cast.
3. The plot.
4. Information/Trivia about the actors and the scene.
5. Message that was conveyed.
6. Performance by each actor.
7. Realistic events and not a fabricated one.
8. Availability in various languages - English, Hindi, Tamil and Telugu along with subtitles.

Like I said earlier, this is a refreshing experience for me as I got to see a new plot altogether at my convenience either sitting at home or even while I was travelling. With no ads, I enjoyed it thoroughly.

What I might have done had I been in the situation of Mr. Mascarenhas?

Claiming a life is not in our hands and it is certainly a crime. While the Original Series portrays the circumstances that has made the person to commit the crime since he was left with no other option, II would have avoided doing that.

If nothing had worked out in my favour, I would have surrendered myself to The Almighty because they say "Miracles do happen at times & I believe in it...."

To catch this interesting Amazon Original thriller, do click here