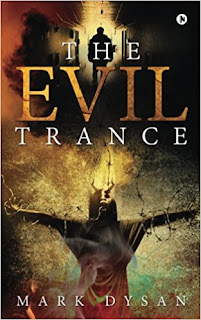 A good attempt by the author in bringing out a fantasy story in an interesting way. I felt the story was bit similar to a movie released in Hollywood though this is a different concept. The essence of the story was kept intact till the end though there were at times, I felt that I am not following the story.

The story has few characters but the main ones include Dr Mitra and his assistant Dr Gopi who along with Shukla, a Private detective and Feroz, an Inspector gets into a situation where they had to investigate about few murders which starts happening in a mysterious way.

The story talks about both the aspects - Science and Belief. As a reader, we have our own presumptions and we may choose our side. If you wanted to read a novel to experience a horror movie, this is certainly the one.

Why did the death occur?
Who commits the murder?
How was the murderer identified?
Has that been stopped?

Give it a read. You will find it interesting. By the way, I guess there is a sequel to this :-)