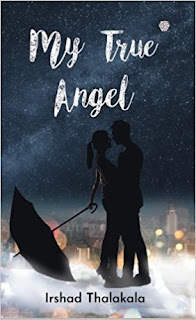 Irshad Thalakala has come out with a story which many of us would have experienced in our life. This is a well written story which touches upon the happenings in the life of the protagonist Iqbal who is aka Ikku. Iqbal was born and brought up in Kerala in a family which comprises of his parents Nafisa and Abdulla. He had siblings namely Asif and Nafisa and couple of friends Sajid and Mustafa.

When Iqbal had to travel to Bengaluru seeking better opportunities, he leaves his own town with heavy hearts. He faces even more treacherous days in Bengaluru as he was unable to find a new job soon but was lucky enough to join a reputed organisation where he meets Rubina and falls in love with her. Destiny had other plans and he gets terminated from the company.

He then joins HCL Technologies and meets Payal. Payal tried to show her bossy attitude over Irshad but things changes soon. They both starts loving each other but again destiny had different plans. Finally Irshad gets engaged with Naziya. In the meanwhile, he meets Rubina yet again which rekindles his old memories.

When things were going alright, Iqbal meets up with an accident and loses one of his legs. What happens in the end is certainly an unexpected one which has a strong message - when it comes to LOVE and LIFE, Religion shouldn't play a role in fixing it.

What I liked the most?

The style of the author who has written the novel in such a simple way without compromising on the effectiveness of the incidents/events and most importantly, the message he wanted to convey. I am sure many of us would have encountered a situation similar to this and wouldn't have been successful in tackling it and emerging successful. As they say "Love is blind", here I feel that it isn't the case. Love isn't blind but is universal which has the capacity to overcome any hurdles, if fought valiantly to uphold it.

Very nice article, thanks for more information. Every time, South Indian Brides are rocking with their unique poses and they dominated the ... Shops for rent at wedding street inside OMR Food street Navallur.
wedding street navallur tamil nadu |#1 Site for online wedding planning website and app in India