Kollywood has never fallen short of movies which portrayed cops in the limelight. Almost all the actors (be it in the past or in the present) have portrayed the role of a cop in their film career. While some went on to become a box-office hit, some failed to hit the mark despite being critically acclaimed.
This article is all about those amazing cop thrillers that Tamil cinema has produced in recent times.
The critically acclaimed movies that I shall be talking about received immense praise for multiple reasons, be it their storyline, characterization, visuals and much more. Basically, these movies assure guaranteed entertainment for fans of the cop thriller genre.
Yennai Arindhaal - Being a Gautham Vasudev Menon movie, this movie created much hype since GVM is known for his superhit cop thrillers like Kaakha Kaakha and Vettaiyadu Vilayadu in the past. In Yennai Arindhaal, he managed to rope in Ultimate Star Ajith Kumar in the lead role with songs by Harris Jayaraj. Both of which received high praises from both critics and audiences. But the surprise package of the movie was Arun Vijay’s menacing performance as the villain Victor. 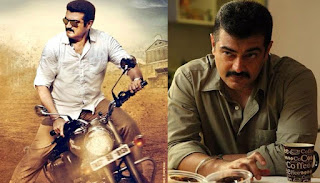 Vikram Vedha - The movie brought together two of the most incredible actors in Tamil cinema today, Madhavan and Vijay Sethupathi in the lead roles. Giving the classic Vikram-Vethal story a modern day twist, Vikram Vedha sees the director duo Pushkar-Gayathri at their top form. The movie was praised for almost every aspect - the story, dialogues, screenplay, acting, cinematography and much more. Such was the acclaim it received by critics and audiences that many called it a modern classic. 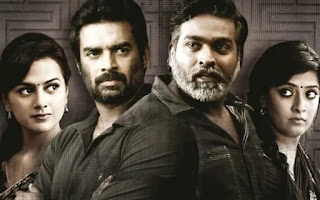 Theeran Adhigaaram Ondru - This was another brilliant cop story where it talked about the life of a cop who went on a hunt to nab the culprits after finding their trail leading to Rajasthan.  Based on a real incident of  Operation Bawaria, the director H. Vinoth’s detailed research was quite evident throughout the movie. The movie saw Karthi donning the role of a cop for the second time, after Siruthai. This time around, he not only impressed us during the emotional scenes but also thrilled us during the action sequences. The movie does a great job in showing the real struggles that our police force faces when catching criminals. 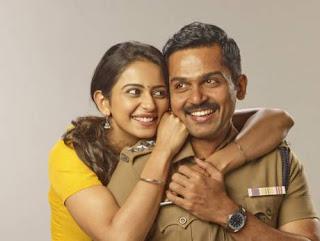 Kuttram 23 - Arun Vijay aced the role of a villain in Yennai Arindhaal before and with Kuttram 23, he impresses as a cop. Also inspired by real incidents, the movie gave an interesting view into the world of medical crimes. Director Arivazhagan is in top form in this movie where he delivers a thrilling script and direction that has many edge-of-the-seat moments. It is amazing to see how many taboo topics addressed in the movie while still being entertaining. Other aspects like the realistic stunt work, stylish cinematography and atmospheric background score of the movie received acclaim. 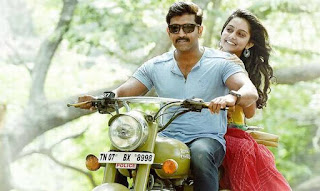 The movie was also appreciated by Superstar Rajnikanth, Shankar and went on to become the most successful film till date for Arun Vijay.
So, these were my picks when it comes to cop thrillers in Tamil cinema. Have you seen them? Let me know what you think about the movie in the comments.