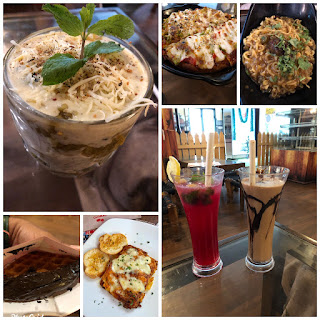 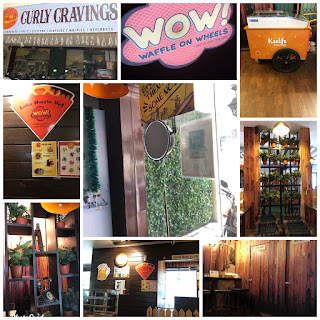 I was at @curly_cravings_kilpauk this afternoon along with my friend for lunch. This place was earlier known as Maggevala & rechristened it to @curly_cravings
True to their name, their main ingredient or the most popular dish is Maggi Noodles. They have more than 30 varieties to serve.The restaurant is located in Ormes Rd, Kilpauk. It has 2/4 wheeler parking facility. Interior was done in an intricate manner. You have short stools as well as the normal one. Order has to be placed at the counter & it will be sent to your table. They have courteous staffs.Coming to the food:We ordered the following items:Drinks:Ferrero Rocher Thick ShakeStrawberry MojitoPizza:Fully Loaded PizzaMaggi:Cheesy Mug LargeShaolin TempleWaffles:Nutella LoveTo start with, the taste of the Maggi was impeccable. It was filling as well.Though pizza had a thick crust, it was surprisingly soft.Thick Shake was real good & so as the waffles. I could compare the waffles with the top brands out there. It has two layers filled with Nutella.I must admit that I was really surprised to see the ever flowing crowd, mostly the school/college students which stands as a testimony their quality, reach & success.