1
Welcome to Sarath Babu's Lifestyle Blog App Reviews Events and Movies Lifestyle Kaali - Season 2 and other Originals : Only on ZEE5

Kaali - Season 2 and other Originals : Only on ZEE5

Spending this summer holidays just got better for the kids. ZEE5 is back with Kaali Season 2.

When the content is engaging, it invariably invokes interest among the viewers. If you have watched Season 1, you would be waiting eagerly for the release of Season 2. I was no exception. It was a while ago, I shifted my patron from television to OTT. I did this for few reasons:

When I saw the Trailer, I was overwhelmed.

Firstly, it is the content. Though the trailer runs less than 3 minutes, it has already evoked interest in me. The emotions shown by various artists look so original. When you see something which is as good as a real one, you certainly wouldn’t want to miss it. Will you?

The story is set to happen in Kolkata in 2018. It begins with a confrontation and subsequently, opening the fire where Kaali kills a goon. 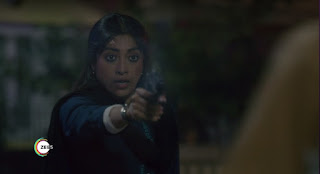 Who was she?
Why did she kill a goon?
Who was she running from?
What is the secret she is guarding?
The scene moves to the next one wherein there seems like a gang war/shootout. Who are these men and why do they kill each other?

The story moves past to 2020. The place this time is Ashok Nagar. She looks transformed now and was taking care of a physically abled person. Now a question arises.

Who is this person?

The shoot outs continue since she is seen with a revolver.

Why should she have a revolver with her all the time? Then comes a twist in the tale which says “A mother will fight against all odds” 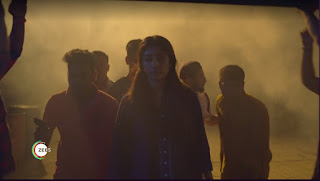 Does that mean she is fighting all out to save her kid?
If yes, who is this kid?
What did he do in the past?

When you get to see something of this genre wherein a mother comes to the rescue of her son, you would know for sure that there is something you wouldn’t want to miss. While the goons usually intimidate others, looks like they have stepped on the wrong wire since this mother is not going to give up until she gave her full fight. Though she is up against some of the powerful forces, it has not dampened her spirits. She could go to any extent to ensure that her kid is safe and no harm comes to him.

I have seen many originals in the past but this one surely stands apart due to its unique content and the way it is pictured. For other contents about ZEE5 Originals, you can visit my site.

What I have discussed here is just one of the many originals which ZEE5 has to offer. You can watch such captivating content on their platform. If at all you are looking for the content which is good, engaging and captivating, you have to visit ZEE5 Originals.