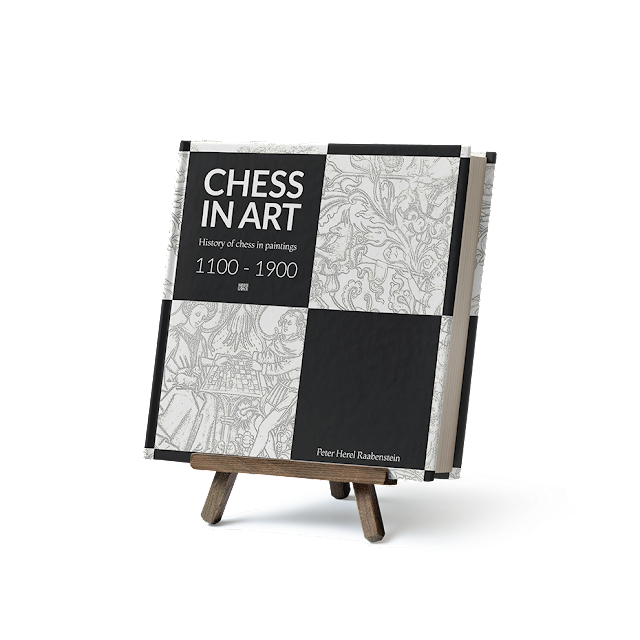 Pic Credit - ChessInArt.com
Chess is an international game which is played indoors. It has evolved over a period of time. There are Tournaments and Championships which happens across the globe. If you are following this game closely, you know as to how intense this game could get since it gives great amount of work to the players.
As you know the International Chess Federation - FIDE conducts two kind of Championships namely Candidates and World Championship. There are Championships which happens across the globe which includes TATA Steel Chess Tournament, Leon Masters, Abu Dhabi Super Blitz Challenge, Dubai Open, Sharjah Masters, Bangok Open, Reykjavik Open, U.S. Championships, Moscow Open, Prague Chess Festival, London Chess Classic, FIDE Grand Prix, Grand Chess Tour - Superbet Rapids and Blitz, Grand Swiss, Croatia Chess Tour, Wijk aan Zee, British Championship, Grenke Chess Classic, Shenzen Masters, Prague International Chess Festival, Cairns Cup, World Team Championship to name a few. Please note that this is not an exhaustive list but some of the important championships that happens across the globe, every year.
When it comes to time control, these three play a major role - Blitz, Standard and Compensation. We have seen various champions ruling the game from time to time. It was Bobby Fischer in the 80's followed by Karpov, Kasparov, Kramnik, Kamsky, Viswanathan Anand and Magnus Carlsen. These legends have achieved highest ELO Ratings respectively, during their time and has made the game an interesting one. Fischer broke the Russian domination in the game.
I recently had a chance to come across this book online and since it was different, I immediately picked up a copy. I must mention about the Author before I talk about this book. Peter Hereel Raabenstein has done a tremendous work through this book.
Chess is an Art and has a rich History. The outcome of this book is a classic example of combination of all the three. What he began as a hobby to gift his uncle as a Chess themed calendar later became his passion which prompted him to visit various Chess museums and galleries which resulted in an ultimate collection of pictures painted by more than 700 artists over a period of little over 1000 years. He is hoping to meet his Greek friend who wrote a prologue and encouraged him to come up with the book.
The book is divided into following periods:
1100-1500
1500-1600
1600-1700
1700-1800 and
1800-1900
You could see as to how the game was played and transformed over a period of time. We ourselves use various types of material which includes Wood(Various types), Steel, Gold(extremely rare cases), Crystal, Plastic and even Ivory(though it is banned in various countries).
The prologue is a must read because apart from this, you wouldn't find much about writing but only the paintings in this beautifully created book and if you are a lover of Art/Culture or even History coupled with the Game, this is a MUST. This would surely enrich your collection because you would not find this book usually in the homes of a Chess enthusiast or even a player/champion. Hence, next time, if you have decided to gift something unique to your family or friend who loves this game, this would perfectly fit the bill.
I literally traveled back to 1100. Relished the game. Traveled over a period of 8 centuries before ending up reading the whole book.
Last but not the least, I wish to see this book in the leading book stores and online book portals which would help this treasure trove to reach the homes of millions.
You too can book your copy here