Review – Tiki Taka – a movie that would touch your heart

Sarath Babu 12:22 Events and Movies Others

The intro scene of this feel good comedy film #TikiTaka starts with a girl and a boy reaching out to Raju bhai who is a taxi driver in Kolkata. They enquire about “Khelechi”. He gets worried thinking that the people were from police department. He then gets convinced and starts speaking about Khelechi Agchubi. 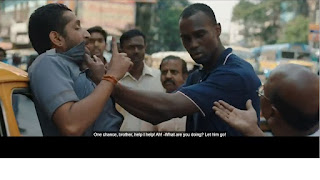 You heard it right. May be for the first time ever, you get to see the lead role being performed by an African. Khelechi lands in India with a football package. All he was told is to handover the package to PK’s man at Gate No.4

The expressions of Khelechi is simply superb. He enacts really well as to how one would feel being lost in a different country and also chased by police. This is where he meets Raju Bhai who picks him up from the airport.

Prankrishna Dan aka PK is the feared underworld drug lord. 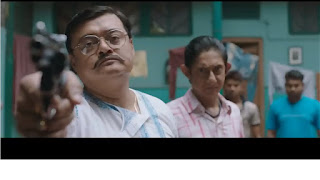 Bonolata Sen aka Bonny is the heroine of this movie. She works in the Press as a reporter and has her own ambitions. 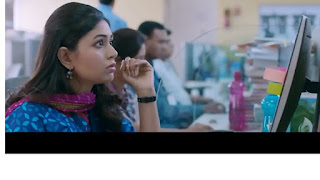 Raju Bhai’s proficiency in English would make you laugh. In one instance, he asks Khelechi “Why..Run your back”, “What inside bag”. Though Khelechi and we (as the audience) could understand the language, the usage of such funny language makes you feel light. Khelechi is no less. He interprets what Raju speaks as it is. On one occasion, Raju says “If I can’t pull you out of this hole, my name is not Raju Bhai” for which PK responds “Is your name not Raju Bhai?”.

There are few short duration songs as well in this movie which is meaningful and compliments well to the story. I particularly liked “I landed from Africa”.

Just after one of the songs, Raju Bhai meets Bonny. He makes his own story about Khelechi saying he is a top football player from Youth World Cup and has landed in Kolkata just to play a match and promises to arrange an interview for Bonny with Khelechi. He becomes popular across Kolkata and fans from two teams Young Bengal and Notun Bagan starts arguing among themselves claiming that Khelechi would play for their team. While all of these were happening, Khelechi was literally unaware of his popularity.

When things were falling in place, Khelechi gets kidnapped. Raju bhai hatches a plan to rescue him.

Did his #GoalMaal worked out this time?

Did he manage to rescue Khelechi?

Did Khelechi manage to play the football?

If yes, which team did he represent?

Watch the movie Tiki Taka which is a laughter riot and has proved beyond any doubt that a quality movie doesn’t need a big budget but just the right story with good supporting actors who can live the character and do the justification to the story as well as for the movie.

For many such amazing movies, you may download the ZEE5 app and enjoy it during your leisure time or during travel. Beat the boredom now!!