Sarath Babu 08:17 Events and Movies Others

Those who have watched the Season 1 of Virgin Bhasskar last year would surely have continued watching all the episodes that were aired till date on ZEE5. This lock down made me to sit and browse through all of those which received rave reviews and the ones which had an unusual title and this is where I zeroed in on Virgin Bhasskar. 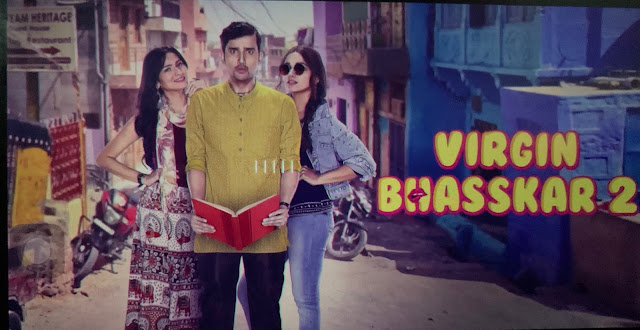 One of the other reasons as to why I have been using ZEE5 is because of the freshness and variety on the content, it offers. Apart from that, the platform also offers content in various languages including Tamil and Telugu.  If you still wanted to watch them in its original language, you can still do it by enabling English subtitles. What more could you ask for?

Coming to the content of this original. I thoroughly loved the performance of the lead characters who essayed the roles of Bhasskar Tripathi, Vidhi Pandey, Pakhi, Batuknath, Rohan and Mishra. The show does not shy against talking about the reality and most importantly as to what is the difference between Relationship and Situationship. I would also like to highlight the BGM here which was an absolute stunner. The score was given not in excess or less at any of the scenes making them a real pleasant one to watch and hear.

The way the relationships were handled and portrayed needs a special mention. The love that blossoms between Bhasskar and Vidhi and the one-side love of Pakhi over Bhasskar were handled well by the director. They were not overdone. The picturization was good which wouldn’t have been possible if the selection of location weren’t good. These were soothing to our eyes and mind.

One should learn the art of negotiation from Mishra. One cannot be dumb as Rohan who always misunderstands or misinterprets situation and this brings a hearty laugh to the viewers.

There is no dearth of scenes when it comes to hot/steamy ones. These were very much required for the story and has been enacted perfectly to fit the story rather than making it look awkward or unnecessary. The Bad Boy Is Back is one of the episodes which I liked the most since there is a fun element added to it. Only when you watch it, you will understand.

When you are a writer, there is no doubt that your imaginations run wild. Bhasskar isn’t an exception. Hence there is a free flow of events/incidents which perfectly fits his character.

Moreover, emotions shown by Bhasskar would make even the iron hearts melt. His face is fresh and so as his expressions which were apt. Mishra’s “Mishrology” also needs to be mentioned here and what happens in the episode that was aired on August 29th is the highlight.

When Bhasskar, who is a happy and cheerful guy falls in love with Vidhi, she accepts the proposal initially but later to deny it saying she is seeing another guy. 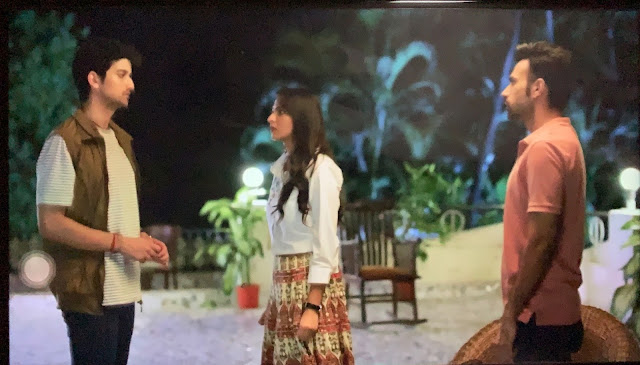 Now, it is certainly a heart wrecking moment for anyone who is in LOVE. Will it not?

On the other hand, Pakhi was always there whenever Bhaskkar needed her. Did that make her to fall in love with him?

Did she come to know about the love affair between Bhasskar and Vidhi?

The fun element shouldn’t be missed because it is available in abundance all through the episodes which gives a breather once in a while. The reference of Vidhi and Pakhi by Bhasskar would surely catch your attention. I am not mentioning it here.

A simple story with three-dimensional element to love involving Bhasskar, Vidhi and Pakhi with the right combination of fun, laughter and emotions makes it a compelling watch. In fact, I finished watching all the episodes of #VirginBhasskar2 till date  😊

P.S. The episodes are less than 20 minutes mostly but they are intense and compelling. Needless to say that these are without any advert and hence you can watch them all at one go, uninterrupted. #lovesexlafda