Book Review - Me No Pause, Me Play 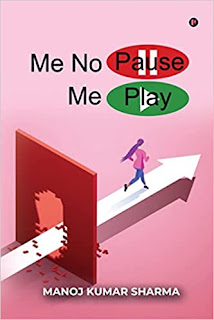 Title - Me No Pause, Me Play
Author - Manoj Kumar Sharma
Genre - Fiction
Publisher - Notion Press
ASIN - B0BF4XYMV5
One of a kind story that talks in great detail about the difficulties faced by women during the menopause stage and the story revolving around it. Having read the author's first novel Mirrro, I could not wait and picked up the book as soon as I saw it listed.
The story is a bit conventional and a bit unconventional. It talks about what kind of care and support a woman would require in the later stages of her life and what her spouse should do in order to lead a healthy life. This would be an eye-opener in the lives of many who take things for granted.
Rajat Khanna was a busy corporate leader and his wife Dolly had a happy married life during the initial years before things went haywire. She is a typical Indian wife who had given all her support to assist her husband. Their kids AAkshay and Anjali get married and relocate to U.S. Things were ok, until one day when Dolly falls ill and had a head injury coupled with paralysis. She was also having issues with her menopause. When Rajat dials his kids, it is when he realizes how unconnected he was from his family. While his son refuse to travel to India to take care of his ailing mother, the daughter who was willing could not travel as she was pregnant.
This is when Jasmona Dave, MD of a hospital comes into their life. The author used a few hindi songs in between the story which was like a breeze.
The way the title is integrated with the story and how it even goes further to assist Dolly later shows the writing skills of the author and how he could connect well with the readers. An inspiring novel that would be a gamechanger and spreads positivity in the society and is a must read.
This book is available on Amazon and on Flipkart