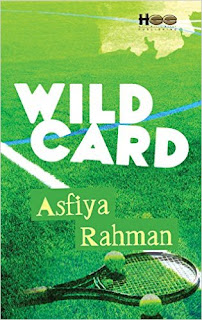 Wild Card is a perfect drama that brings out the emotions of a single father as to how he struggles to achieve his dreams which he has put aside, when it becomes the dream of his kid.

Karan Mehrotra was a famed Indian Tennis Player who goes on to win all the championships except Wimbledon. When he was on his pinnacle, he loses his wife Riya. That hits him real hard and he retires from the professional tennis circuit to take care of his kid.

He however had a good friend Vikram who stayed in touch with him even after his retirement and when Roshni, daughter of Karan stumbles upon the trophies on his locked-up cupboard, she gets to know about who her father was through Vikram and they both persuade him to take up his dream of becoming a Wimbledon Champion.

As he has retired long back from professional tennis, he was reluctant but takes it up as a challenge and Tahira, a young girl who idolised Karan when she was a little girl becomes his hitting partner.

What happens in the end has been beautifully portrayed by the author and if you ever had goosebumps in any part of the story or the slight tears in your eyes, that indicates the success of this story because I had experienced both of them when I read it.....