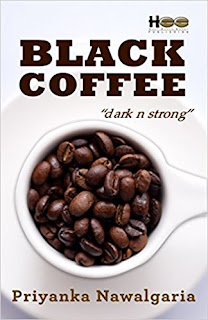 When I read this story, it kind of reminded me the real life story of a prominent model whose real life story reflected something similar to this. Having said that, if I had not read that book earlier, I would have been really angry on the protagonist of the story - Tamanna Modi Sarthak.

It is easy to come to a conclusion as a man but when you put yourself in the shoes of a woman, especially when she is your spouse, you would understand the difficulties they are going through. It is not the sex that they are interested in all the time but other worldly desires which can be narrowed down to Love and Affection.

Tamanna who was in love with Raj as a kid was forced to marry Sarthak due to her family circumstances. Raj never showed true love to her though he liked her very much. Tamanna fell for him but nevertheless got married to Sarthak and was leading a peaceful life until she bumped into Raj one day. She also in the due course met couple of other men named Aadil and Nikhil which brought whirlpool in her peaceful life.

What she did is beyond the imagination but before she could be blamed, think about the circumstances that has forced her to take such  a decision. A story that is well written with a strong message that never take things granted in your life.