That's how it's meant to be 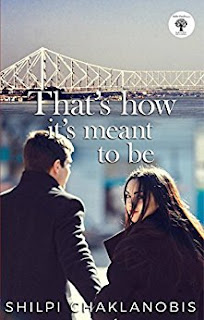 A beautiful story that has captured the true emotions and the helplessness of Nilanjana who was chirpy in the beginning and when she got to feel the meaning of LOVE, it went up a notch higher. However there was something that life had to offer her.

The protagonist proved yet again that women should not treated just for the sake of being married and to get pregnant to deliver the baby and look after them because they too have emotions, aspirations and ambitions.

Nilanjana fell in love with a smart and affluent guy Vikram but she has to go away from him for couple of years. During this time, she meets up with Arunabh who made her notice him for his selfless attitude. Did that mean Vikram was selfish?

Vikram never was and never will be.

What made Vikram to change drastically?

Why did Nilanjana despite being married to Vikram could not find the solace she was seeking?

Read the novel to find answers for all of them which has been depicted in a brilliant and subtle way.