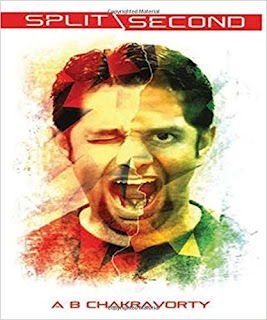 A novel that would keep you guessing till the end. The protagonist Dev Kashyap had a troubled childhood since he witnesses the death of his mother and had believed to some extent that she was murdered by his father but wasn't completely sure. However, he grew up under the care of his grandparents and was successful in his studies which eventually saw his getting into one of the world's leading ad agency company. His room mate Rakshit worked for Google. Dev always thought Rakshit was a physics maverick who took pride in calling himself as the student of Physics genius Dr.Krori.

Dev had a relationship with Trishila during his college but they couldn't enter into marital relationship. She gets married to another person.

Did this trouble him?

He was lucky to find his lost love in Mahi whom he had crush during his college years despite being in relationship with Trishila. He also adored movie actress Julie but when he got to see the news of her demise on the newspaper and television channels, he started feeling guilty since he knew that he either directly or indirectly involved in her killing.

Was he a murderer?

On the other hand, he gets an appointment to meet a Psychiatrist named Dr.Anitha who could not draw out much from the narrations given by Dev. She consults her mentor Dr.Kirmani who stumbles upon an imminent truth.

Did Dev commit the murder?
Is he responsible for it?
Did he live two lives?
Did he move from one world to another?
Did he have a split personality?

Read this novel to unveil what exactly had happened during that fateful day and who was he responsible for the death of Julie.

The story has got all the strings attached in a neat proposition without compromising on the quality and pace. I would rate the story 4 on a scale of 5.