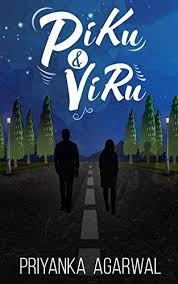 This story runs like a movie for me, probably it has a movie star in it. As the story opens up I got introduced to our lead character name Piyanjali Kumari aka Piku. She is a content writer – mainly write travel stories for a website that deals in travel and lifestyle kind of stuff. I always had the impression that content writers in Mumbai get well paid as compared to other cities. Her story reveals something else. Her boss and a few other members do not sound co-operative to her. May be she is smart, extra talented, or better than them in creativity. In nutshell, it is revealing that her life in office isn’t that good. She thinks of leaving the job but lacks the temerity. On the other hand, she is worried about her age, as she is brooding for marriage with a right partner. Her last ex – Homi – isn’t there for her. They have issues. Also, she isn’t getting any good man on dating apps as well. You can see that she is surrounded with desires and competency and not so good results. The kind of life she portrays is a typical metro city life – in these city people can live without food but not without a partner – they need someone with whom they can share or enjoy or look forward. I understand the kind of city life staged in this novel is something that makes one lonely and reclusive – the intensity is higher if someone is into a creative sort of a job. I mean to say there is a lot of background coverage for the overall story, though much sweeps and anecdotes and history is associated with Piku.

Piku falls in love with Vian Rustom, who is a popular TV actor. If you see TV soaps I hope you can understand how he must have looked – tall, fair, smart and immaculate dressing sense. Isn’t it that nowadays TV stars are more beautiful than the mainstream movie actors? To make the story movable, we have this angelic voice of ‘H’ with Piku. See, the story stretches over 400 pages, till midway you will find the story getting repetitive in its outlook. As the events and thrills and actions all take place around Piku, we often go to her office, her basic tussle while traveling and at home with a younger sister and of course with parents. For me, the story sounds moveable when she finally happens to meet the man of her dreams or say her celebrity crush: Vian. In her strange yet credible fantasy world, she renames Vian as Viru. It’s not Jay and Viru from Sholay. It is Piku and Viru. People in love often name each other reverently, nothing to be felt offended.

It is often said that celebrity people are lonely because they are self-obsessed. May be! And here, in the characterization of Viru I see the veracity of that statement. The author should have explored why TV celebrities are alone and mean and all that. She should have shown some reasons and sweeps and subplots for that. Viru is always busy with shooting – he is starring quite a number of serials.
The moments that they together spent are enthralling, especially the film studios ones. I loved that part, the author intricately put forward as what goes in there – on the sets, in the make-up van, small allocated rooms for actors and actresses, and most importantly about the ambience and the tenacity of people working there.

Talking about second part of the novel, it deals with Piku’s life after the heartbreak. As it’s given in the blurb. Had the story written in third voice narration, it would have leveraged the author to put a lot more about Vian, after all he too is an important and equally lead character in the story. It is a good and lengthy novel that you will begin liking after reaching midway crises. Priyanka’s humours suppressed tone makes it worth reading. In snatches the intensity of the book may push you for melancholy otherwise it is a light read.

Admire this article for the well-researched content and excellent wording. I got so involved in this material that I couldn’t stop reading. I am impressed with your work and skill.Each Indian citizen must have a pancard.So there are different ways to apply for a card refer more panseva one of the easy way to panseva is through online,which is one of the easiest method.Looking for a new pan card then apply here in a easiest step.