In search of a pollution free home

Naresh wakes at 3 AM in the morning and searches his wardrobe. He doesn't find “it” and runs towards his laptop bag to search for it. Found it! But…when he held it a moment longer, he felt the emptiness in it. He realized that it got over two days back. He was not weak yet, but the thought that it is empty made his body shiver. He slowly walked back to the bedroom when his wife came out of the bed in search of him. She had seen it before, and she asked him if she should go out to get it.

Naresh shook his head no and quickly took his Scooty out. He woke up the pharmacist running a 24x7 medical shop inside a small hospital.

"Inhaler, please." Naresh requested, as he puffed out his breath heavily.

His hands were shivering and no wonder he behaved like an addict waiting to feel the Asthalin spray into his lungs. He got relieved the moment he puffed it into his mouth. This is a typical scenario with many living in the city. Just like diabetes and BP, wheezing is part of the lifestyle now.

If you don't believe what we are saying here, check out the report -"Air pollution killed 1 in 8 people." A report by the India State-Level Disease Burden Initiative, 6.7 lakh death in 2017 was due to outdoor particulate matter (PM), and 4.8 lakh was due to household air pollution.

Where have we gone wrong? We look for everything within the city limits. For example, we think that life is beautiful only if we stay near Mount Road, Anna Nagar, Adyar or Tiruvanmaiyur.

The reason being, access to movie theaters, beach, malls, hospitals, schools, and sports facilities. What most of us fail to understand is that we also get an additional baggage called, "Pollution."

Many move to the outskirts of Chennai in search of fresh air for their kids, adults and senior citizens in the family.

As a team, we visited many places in Chennai to measure the pollution level of multiple communities. As we passed through the Old Mahabalipuram Road, we entered the Eden Park. The serene community very close to Siruseri IT park had access to everything one would look for in city life. Without getting into details, we tried to check the pollution level and realized the difference. Not only our device shouted “Healthy”, but our nostrils did too! With easy access to the workplace, malls, hospitals, a school within the community and world-class sports facilities, it was a wonderful experience for our team to walk around the place.

We would like to capture a statement from the report
"In 2017, 77% of the population was exposed to PM2.5 above 40 μg/m3, the recommended limit by the National Ambient Air Quality Standards. The nation's mean ambient PM2.5 exposure of 90 μg/m3 in 2017 was one of the highest in the world."
Here is the Real-time Air Quality Index (AQI) of some of the important places in Chennai:
• Alandur Bus Depot, Chennai: 221 (Unhealthy)
• Sardar Patel Road, Madhya Kailash: 119 (Unhealthy)
• Near Gemini Flyover: 169 (Unhealthy)
• Manali: 298 (Unhealthy)
• Velachery: 146 (Moderate)

Let's now explore another article about the air quality in Chennai.
http://www.newindianexpress.com/cities/chennai/2018/feb/04/air-quality-in-chennai-unhealthy-levels-of-toxic-metal-55-per-cent-higher-than-in-2017-study-1768227.html
The air pollution in Chennai is mainly due to the construction work going on as part of metro work, building construction and flyover work. An alarming amount of Manganese and Lead were found in the air. 10% of the pollution was contributed to vehicles that are buzzing around the city. The other pollutants found in the air were a higher percentage of aluminum, iron, and calcium. 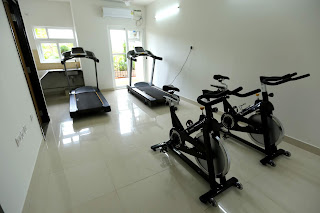 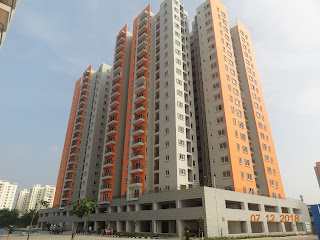 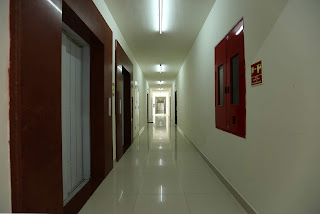 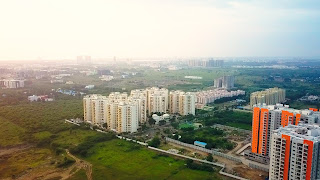 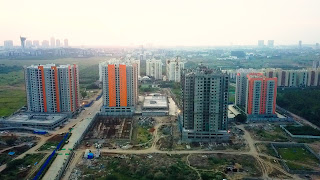 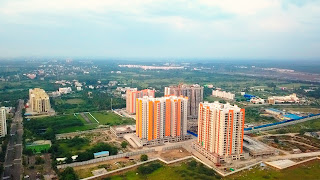 As a responsible citizen, we should support initiatives to reduce pollution in our atmosphere. It wouldn't be long before we reach an alarming level that we all have to carry a mask while walking outside.

This article intends to kindle the thought process in all the readers about the pollution level and at the same time highlight places within Chennai like Eden Park at Siruseri where the pollution level is low primarily due to the number of trees around the region and builders following the safety norms while constructing their buildings.
While it is fun to go outskirts of Chennai or a hill station in search of fresh air, why not live in a place surrounded by fresh air. Come and explore Eden Park at Siruseri, a premium sports Community project by Pragnya.