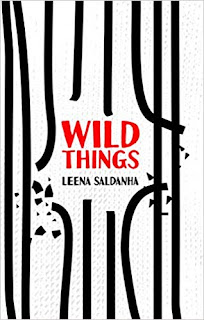 This is one of the exemplary collection of poems I have read till date. The book revolves around various aspects including Love, Nature, Hope, Motherhood, Dignity, Childhood, Prayer and many more.

The book has a collection of 86 poems which has been divided into 4 categories namely - Deserts, Forests, Mountains & Ocean. Though I have liked all the poems, I would like to touch upon few which really moved me.

From DESERTS, I liked India's Daughter & Sands of Time where in the former, the author/poet has brought out the stark realities of a girl child in India - where we worship women in the form of Goddess but also see them as a material of lust. The country which has witnessed some gruesome rape incidents like Nirbhaya, has been captured very vividly in the poem which would leave you in tears and also to ponder as to how this could be addressed effectively. The latter is one of the longest poems which is very much self explanatory through its title.

From FORESTS, I liked Cooking Up A Story, Hypocrites and The Drug Addict. The first one talks about a very unusual subject which is a Pickle. Yes. You read it right. While we read the history of various events day in and day out, the poet feels as to why there is no mention about our own Pickles which has been passed on from generation to generation, without a note but is still executed with perfection. Hypocrites has the mention of these lines in the end

How true were those above lines :-(

This poem is somewhat similar to the one in Deserts - India's Daughter in terms of context and feel, it invokes inside you when you finish reading it.

The Drug Addict is not exactly about the addiction to drug but talks about another addiction which is even more dangerous than that. You must read it to find out as to which addiction the poet has highlighted through her yet another powerful poem.

From MOUNTAINS, I liked Anagrams, Blame Games and Peace. I loved the reference of EARTH as HEART or Vice-Versa in the poem Anagram. The Blame Games would make you think for sure as it is about how we blame others for our own fault or incapability. The reference used in the poem was nothing other than a Treadmill. I am sure, by now, you would have got what the poet intended to convey. Peace has these powerful lines at the end

From Oceans, I liked To My Daughter where the poem ends like this

"Make a world, my girl
That no longer needs
Women's Day"

What I liked in general is the way in which these poems have been penned. While some are real short, some are lengthy. The wordings used were so powerful that you would feel like living those characters in real. Each and every poem conveys a story/message that would make you feel that you have read a good collection of poems after a real long time...