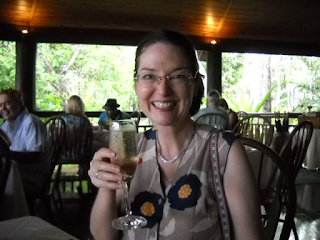 1. What scene did you enjoy writing the most?

Answer:
Mr. Ono's bath scene. I couldn't write it alone. My friend Darryl filled in details. Any blame is his.

2. How did you feel after publishing Kaerou Time to Go Home?

Relief. Why? Japan has so many natural disasters. Half of my mind was worrying about how I would finish Kaerou if our house collapsed in an earthquake or typhoon. Now that it's been a few months since publication, I'm finally enjoying an on-top-of-Mt. Fuji sense of accomplishment.

Is there a specific reason for naming your novel?

Shinko Yamaguchi, whose painting is on the cover, thought each of the story lines headed to one place...like ships lost in a storm, returning to the same lighthouse, afterwards families celebrating safe returns. I told my friend from Armenia about that image. She said there's a perfect Armenian word. The English "return" doesn't hold the same feeling. My editor in New York suggested the Japanese verb Kaeru, meaning "to go home." Then my Japanese husband reminded me that the noun Kaeru means "frog." Croak. He suggested Kaerou: "let's go home." My friend from Australia fine-tuned it--Time to Go Home. The center dots and red lettering on the cover evoke images in the story.

4. Where do you write from?

The first draft...always on my bed (no futon) so I can easily take a nap. Writing first drafts puts me to sleep. Most rewriting is done at my desk...I check the drafts outside the house: coffee shop, temple stairs, Nara Park bench.

5. What inspired you to write the books...

For KAEROU--In 1995, fifty years after the end of WWII, a bloodstained Japanese flag was sent from the US to a colleague of mine in Osaka. He asked me to find the family it belonged to...that was the seed of KAEROU. I often thought about what had happened to that soldier on the battlefield. In 2009, a friend suggested I write a novel. I was in a funk, missing some of my friends/colleagues who had moved back to their home countries. When I started writing, I asked them to help with the editing. They did. Kaerou kept us connected.

6. Something personal about you people may be surprised to know.

B. Jeanne trivia no. 1: Famous people who crossed my path in Japan--Rakugo performer and TV talent, Tsurube, and (Former) Prime Minister Koizumi, on separate occasions, in front of the train station near my home in Nara; international superstar Brad Pitt, on Midosuji Boulevard in Osaka.
B. Jeanne trivia no. 2: At Arizona State University in a calculus class populated mostly by engineering students, I got 100% on every test and broke the bell curve used for grading. Only the teacher was impressed.

7. Any special mention about your reader

Of all the novels on all the sites in all the Net, thank you for clicking onto mine.

Anything special you want your readers in India to know?

My father-in-law, whom I called Oton, told me the bravest man he'd ever met was from India...an English teacher, loved and respected by his students at an all-boys school in Nara, Japan. If Oton were still alive, he would be 100 years old. His teacher from India told the class that he was going back to fight for his country's freedom. The boys cried, asking him not to go, it was too dangerous. His answer: Human freedom and dignity had to be fought for and were worth fighting for...India should be a lovely, free country like Japan. The years that followed found Japan invading countries and destroying that freedom and dignity that Oton's teacher had gone back to India to fight for. Throughout Oton's life, during India's turbulent and violent years, Oton thought of his teacher and believed he was safe...as Oton had been safe during Japan's military tyranny. Oton appears on the sidelines in KAEROU as Mr. Ono's father and in the description of the Osaka dandies before WWII. Now that KAEROU is in India, I can imagine my Oton is there too with the bravest man he had ever met.

Dear Sarath, thank you so much for the wonderful interview!