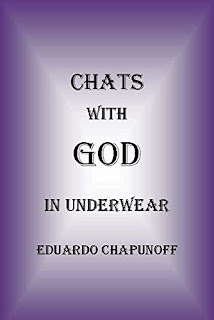 There are lot of spiritual books out there which talks about the respective religion, based on which the book was released. They were usually written in order to glorify them which isn't the point of contention here. The present world is witnessing some turbulence times wherein each and every religion tries to stamp their supremacy over the others. It was not done by those who practices it,in large (read it as general public) but by a very few who has not so good intentions and does it in order to gain attention, supremacy and financial gains.

Please note that what I have mentioned above were my personal observations and not that of the author. The reason why I spoke about them is because author through his book has tried to talk about some of the pointers which may prove to be controversial. I need to also mention at this juncture that author has not taken any sides nor does he try to demean any religion/belief.

Reading a book like this is one of my dreams and it came true,finally. Through this book, author brings GOD Himself to the Earth who comes disguised in the form of a human being. The introduction scene was nothing less than an ordinary one. He gets to meet John,a psychologist who himself was facing lot of psychological problems in his personal life through troubled marriages.  How GOD helps him on various occasion is certainly worth your time and read.

The role of GOD playing an active role has been described beautifully which includes:

1. Taming a horse
2. Doing acrobatics in the sky
3. Trying his strength in the gym
4. Face-off with the criminals
5. Playing Chopin's Fantasie Impromptu OP.66 Number 4
6. Dancing a tango

While the above creates a different experience altogether wherein you get to travel with the GOD himself, the real specialty of the book happens where John sets up a meeting of Rogelio(The GOD) with the people hailing from different religion/beliefs.

The questions he puts forth to each of them makes this book, a real special one. I am not going in detail with each of the question but would like to highlight some of them which caught my attention.

GOD himself gives a disclaimer in the beginning that some of his questions would be controversial.

Q. Why do religious persons trust the Bible so much?
Q. Not all Christians have similar ideas or thoughts  about the Bible,isn't it true?
Q. Don't you believe it is unreasonable to punish all humanity for thousands of years simply because a fellow named Adam decided to eat a prohibited fruit?

Q. What would mankind do, if GOD didn't exist?
Q. What are you so convinced that GOD exists?
Q. Do you believe GOD protects those who are good and punishes those who are bad?
Q. Is everything you read in the Bible, True?
Q. Some biblical studies question the existence of Abraham, Moses and other Prophets
Q. What is the meaning and reason of religious rituals?

Q. It's been speculated that certain facts described in the Holy scriptures may have never occurred.
Q. For many people, the search of GOD is hard labour
Q. What do you think about individuals who accept the existence of GOD but do not believe in any religion?
Q. If you thought, even for a moment, that GOD exists, what would you think about His character and the way he performs?

Q. Can you tell us why so many people don't believe in GOD?
Q. There are those who question Jesus resurrection. Did you have any doubts about this?

Q. I understand Islam allows men to have up to four wives, but no woman is allowed to have more than one husband.
Q. What about "Jihad"?. Can you tell us what it means?
Q. Can you elaborate on the similarities of Islam and Christianity?
Q. What does Islam believe will happen, after death?
Q. According to Islamic Eschatology,what Jews,Christians, Buddhists and other religion can expect after death?

Q. Can you tell us a little more about the non-violence principles of Buddhism?
Q. How do Buddhists perceive emotional dysfunctions?

The answers given to all the questions mentioned above were so good and convincing.

You may belong to any religion or culture.
You may not believe in GOD at all.

This book would get you the answers for most of the questions which were either unanswered or there wasn't a clarity in the answers you have heard/read earlier. Read it to find more. To me, this book is more or less an ENLIGHTENMENT!!!

The book is available on Amazon in both Paperback and eBook formats.