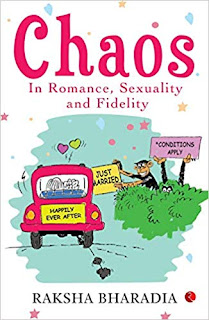 A real bold attempt by the author which has touched upon the otherwise sensual/delicate subject which we still feel shy to openly talk or discuss about. Why do you think there is a large amount of sexual abuses happening in our country? One of the main reason is the lack of education and awareness that surrounds Sex.

Do we even have a discussion about this in our schools let alone there is a subject in this?
Do the parents allow us to openly talk to them?
Do,we, as a kid, allowed to enter a movie hall which was certified "A" or even for that case "U/A"?

This book tries to unfold many of the assumed mysteries in a simple way. Author has interviewed hundreds of respondents through various surveys and came put with some startling results. The "Did You Know" column would surprise you, for sure. Some of them includes:

Globally, in a survey of 1231 societies, only 186 were Monogamous. 588 had frequent Polygyny, 453 had occasional Polygyny and 4 practised polyandry. This leaves only 15%of societies practicing Monogamy.

Lugu Lake in Southwest China is home to the Mosuo. For over 200 years, The Mosuo have been a matrilineal society. In their language, there are no words for " Father", "Husband" and "Prostitution". Don't wish to go there, the moment you discover more about this....

The book talks about intimacy, transparency, love, foreplay and many other aspects in great detail with some effective examples which makes this a real effective read. Some of the power punch lines included in this book would make you think twice about how true/good those lines were purported to be:

The book is critical about those who think they knew everything but in reality knew nothing. The lack of basics and the wish to keep the consultation with sexologist, a secret affair needs to be addressed on an urgent basis.

Why do we consider Women as either virgins or vamps based on their sexual attitude, asks Raksha which would make you think twice.

According to Dr Prakash Kothari, India's leading Sexologist, a lot of changed in the recent times. Lot of women approach him today and say " I am not climaxing, do something for me". This is a good sign because only when the awareness is created, it leads to a happy married life that lasts forever. Don't you agree?

The book tries to touch upon various aspects in the sexual life and how to make it better. Please note that this is a non-fiction book which I also feel as a better fit into Self-Help for the fact that we witness a ever growing increase in the divorce cases in the recent times which could be avoided and the marital life could be made better since it is only some of the simple aspects which needs to be followed and practiced and those have been very well documented in this book. The effectiveness of the content could only be realized when you read the book in full, grasp the contents in its true intention and put it in good use.