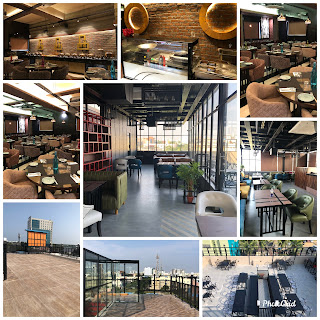 About the Restaurant:
The Big Hit Restaurant had a soft launch today & I was one among the lucky few to be invited to the event along with other fellow bloggers.
This restaurant is located on Thoraipakkam. If you’re coming via Adyar, it is after MNM Jain College and comes on the right side. You can access this on Mais and reach there easily.
The restaurant is located on the 2nd floor. Ambiance was good. They played a mix of old & new Bollywood numbers. Lighting was good. However when there was a temporary power cut, the they immediately opened the blinds which allowed the natural light to come inside s was such was really bright & good.
Seating arrangements were done in such a way that there is no trouble accessing the tables from one end to the other.
The property also has co-working space apart from Open Lounge on the terrace. The open lounge could hold 300-350 pax.
If you’re looking to hold a meet, get together, functions etc., this is the option you need to look out for. 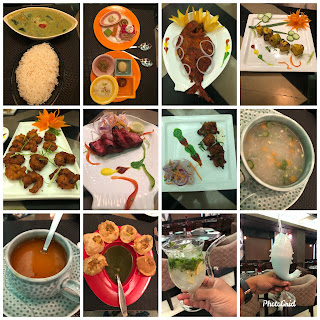 About the Food:
We were served with delicacies which were good. It started with Dahi Poori, Pani Poori which were really good.
There was tomato & corn soup. Liked it as well.
Mojitos were served in different crockeries & combination. I liked the lemonade & swimming pool Mojito.
We were also given American Potato, Pineapple Sufiana, Salt & Pepper Corn, Athese Aloo, Gul Jar Paneer Tikka apart from Veg Pizza.
Liked the paneer. It was super soft. The other dishes were equally good.
Post this, I went for main course followed by desserts. I had channa, pasta, Veg Dum Biryani & few desserts. Thai Green Curry was served in the end.
Veg Buffet is priced at ₹625+Taxes
Non Veg Buffet is priced at ₹675+Taxes
You’ll love their food. For this price, I felt Non-Veg buffet is a killer because they had Biryani, Chicken & Fish Gravy apart from Crab curry. Go for it