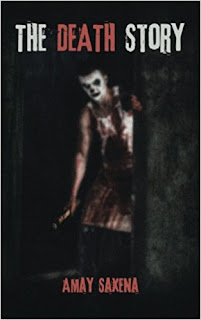 Neha and Ashish were happily married and comes to a bungalow - which was built on the land that was given to Neha's grandfather Alok Rajput. She starts feeling some surreal incidents and the same has been confirmed by Suresh,Riya and Mukesh who were their neighbours. Ashish rubbished the claims until he gets murdered by his own wife.

Why would Neha kill Ashish?

The story leads to a flashback which involves Alok Rajput and his friend Vikrant who were detectives and cracks a famous psychopath case. This leads to all the trouble.

Who was the trouble maker? Did Neha come out of the tragedy? Read this story to find out the ultimate climax.