The Ministry Of Chutneys Masterclass at Radisson Blu GRT

It was a real mesmerising evening yesterday where I attended #TheMinistryOfChutneys by Anglo Indian Chef Bridget White Kumar who had come all the way from Bengaluru to conduct the class which went for a good 2 hours. The event was held at Radisson Blu Hotel Chennai 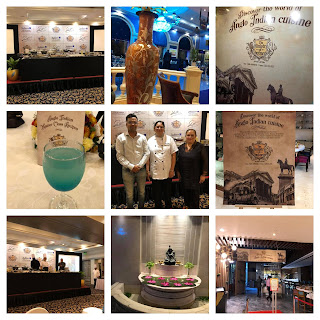 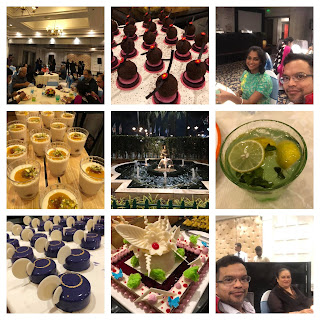 Initially, we were given a Hi-Tea on arrival which in itself was nothing less than the actual highlights of the day.
It was followed by the Masterclass. There was a good numbers who came all the way to attend the class which showed how much of importance is given to the Anglo Indian Cooking. This was in fact the first ever event, as far as I know, that was conducted in the city.
It was a two way conversational Masterclass which made it even more interesting since Chef gave lot of interesting anecdotes about the dishes she prepared. More about the dishes coming up in an exclusive post.
Post the event, we were provided with Dinner which featured the exclusive dishes prepared by the Chef along with a wide array of desserts & Mocktails. There was also a LIVE Bad organised based on the theme which saw few of them dancing to the numbers.
I must say that the evening was well spent which was informative, lively, interactive, fun-filled coupled with great delicacies.
The #MinistryOfChutneys food festival which officially began yesterday will go on until the 15th of December. Trust me, you wouldn’t want to miss this cuisine. 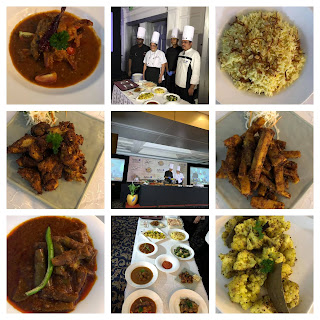 
Trust me, each and every dish tasted divine. The difference in the cuisine was very well evident - be it with the appearance, taste & aroma.
These were light on your stomach as well since the Anglo-Indians are known to create dishes/recipes which are light on spices.
If you’re looking to taste the authentic Anglo-Indian cuisines, all in one place, you know where you need to head to